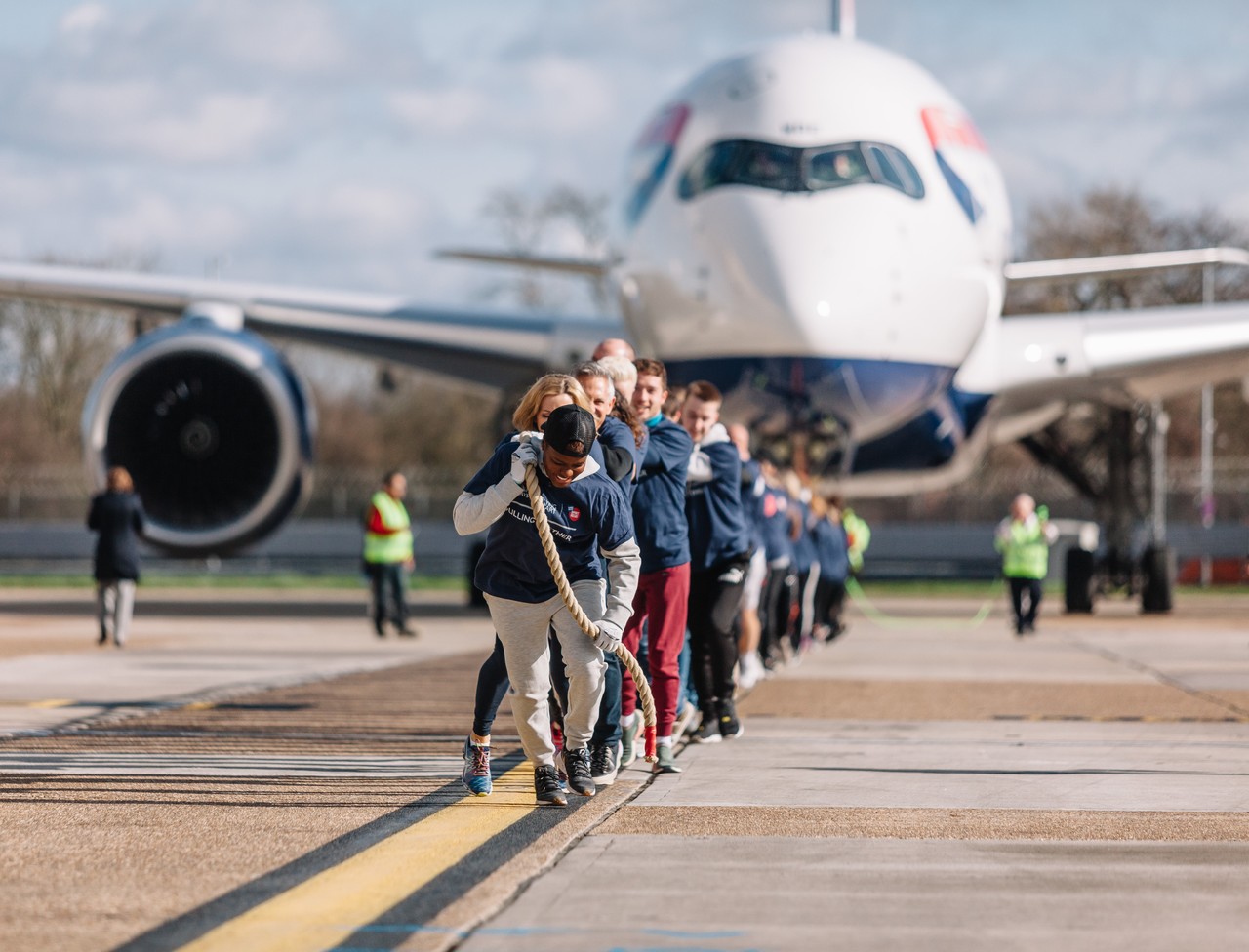 British Airways’ week of Sport Relief fundraising events took off by achieving a Guinness World Records title for the ‘Heaviest aircraft pulled over 100 metres’ by a team (mixed), made up of colleagues and sporting celebrities.

The airline’s support for Sport Relief comes as part of the airline’s global charity partnership with Comic Relief, Flying Start, which focuses on helping disadvantaged young people in communities around the world have a better start in life. 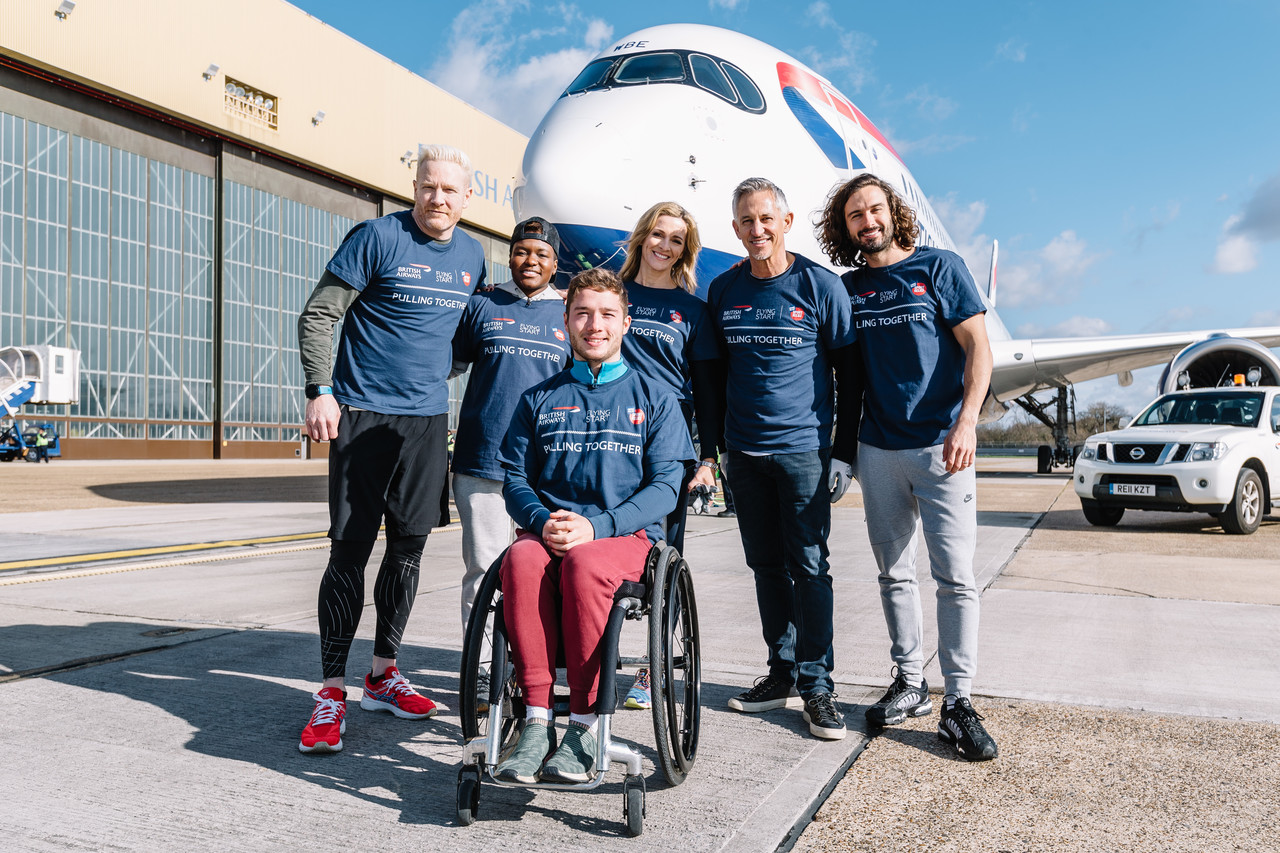 The aircraft weighed 182.9 tonnes, helping the team beat the current record of 180 tonnes. The plane pull is part of a number of sporting activities the airline is undertaking to fundraise for Sport Relief including flyathons, sky dives and sports matches.

Louise Evans, director of communications and sustainability in British Airways said: “We’re thrilled to support Sport Relief, which inspires the UK to raise money and take on some of the world’s problems through the power of sport. We’ve got our sports kits on and are taking on a selection of challenges for a whole week, starting with achieving a record title, to help raise money to support people living tough lives in the UK and around the world.”