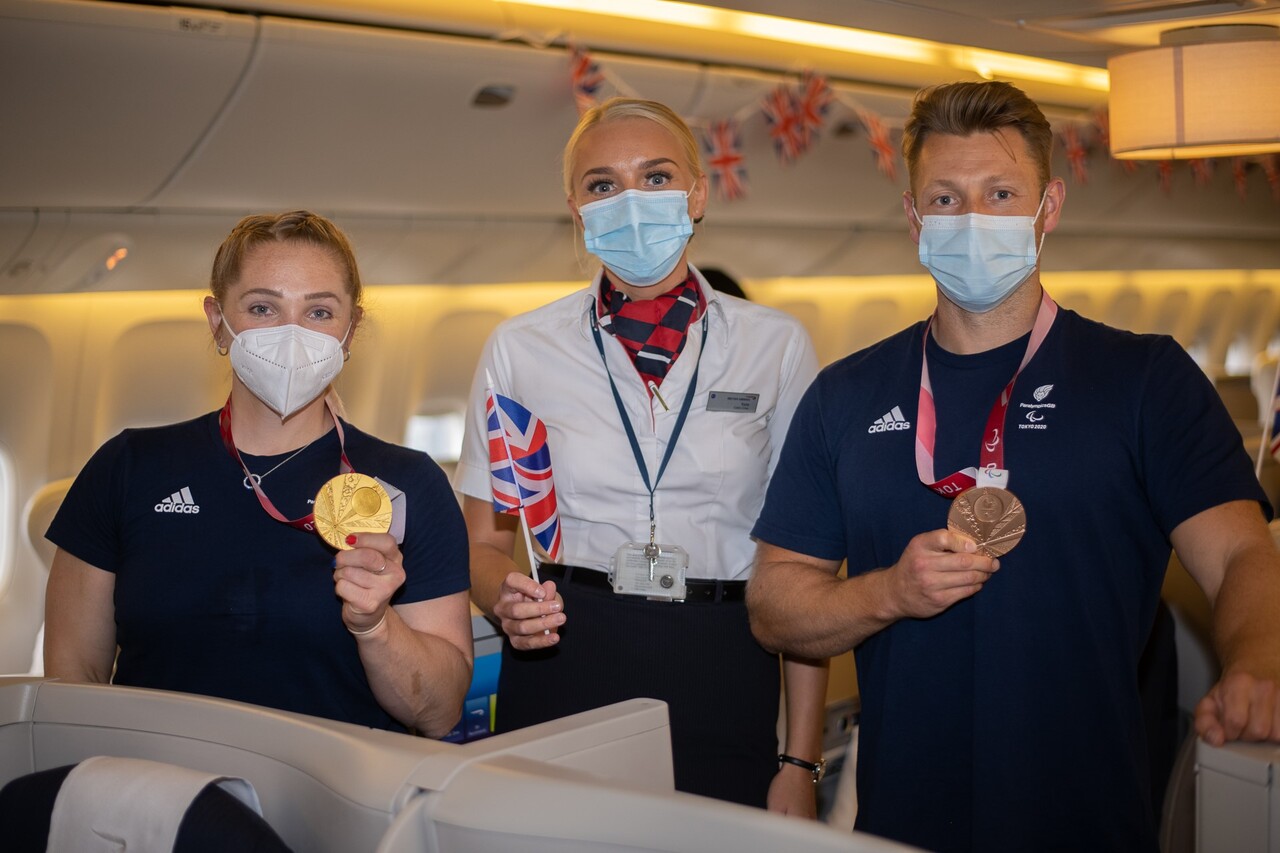 British Airways has welcomed home the final athletes from ParalympicsGB after their triumph at the Tokyo 2020 Paralympic games. Athletes have been returning home from Tokyo throughout the past week with a total of 124 medals including 41 gold, 38 silver and 45 bronze weighing a combined total of 63.946kg.

To celebrate the team’s success British Airways, were given all medal winners an executive card status to match the medal that they won in Tokyo. The final flight home had athletes from the archery, athletics, badminton, boccia, shooting, canoeing and the men’s wheelchair basketball team.

The airline worked tirelessly to ensure that it got the team and all of their equipment to and from Tokyo safely, flying 468 passengers, 429 wheelchairs and mobility equipment, 209 bikes, 4381 bags and sporting equipment, including 58 oversized items.

Tom Stevens, British Airways’ director of brand and customer, said: “Everyone at British Airways couldn’t be prouder of ParalympicsGB and their incredible achievements at Tokyo 2020. Like the Team GB athletes before them, they have lifted the spirits of the nation after a difficult year. It has been an honour to continue our partnership with ParalympcisGB and fly them to and from Tokyo, and we are excited to welcome home the final athletes as they reunite with loved ones to celebrate their success. From all of us at British Airways, well done!”.

British Airways has a long-standing history in supporting national sporting events and teams. The airline has been the proud airline partner to Team GB and Paralympics GB since 2008 and is currently the Principal Partner to Twickenham Stadium, Official Airline Partner to England Rugby. The airline also flew the British & Irish Lions home after competing int heir recent tour of South Africa.