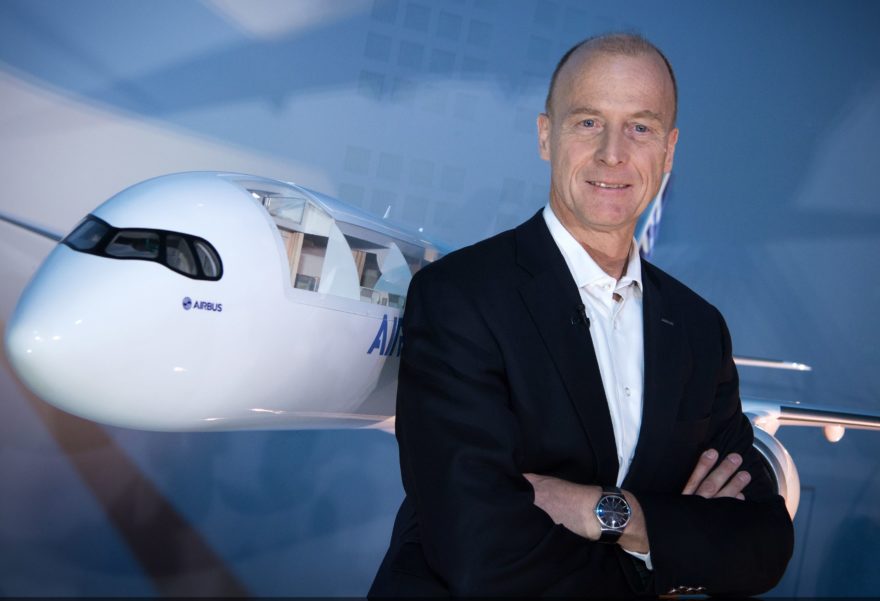 Bruno Even (below) comes to Airbus from Safran where he was CEO of the Helicopter Engines business since 2015. He succeeds Guillaume Faury who will assume his duties as president for Airbus Commercial Aircraft next week — which saved the Airbus A380 last month, after finally closing a $16 billion deal with Emirates.

“I am very pleased that we could attract an experienced executive with Bruno Even to join Airbus,” said Airbus CEO Tom Enders. “Bruno has climbed the management ranks at Safran at a very young age. His broad background of the Helicopter business and his strong customer focus combined with program and engineering expertise, make Bruno the ideal candidate to succeed Guillaume Faury and to continue our successful improvement journey in a very demanding business environment.”

A graduate of the Ecole Polytechnique, Bruno Even joined the French Ministry of Defence in 1992 where he was in charge of the space component’s development for the Helios II satellite. In 1997, he transferred to the Ministry of Foreign Affairs to become technical advisor for the Director of Strategic Affairs, Security and Disarmament. In 1999, he joined Safran Helicopter Engines (ex-Turbomeca) where he held a number of management posts up to executive VP of support and services. From 2013 to 2015, he was CEO of Safran Electronics & Defense (ex-Sagem).