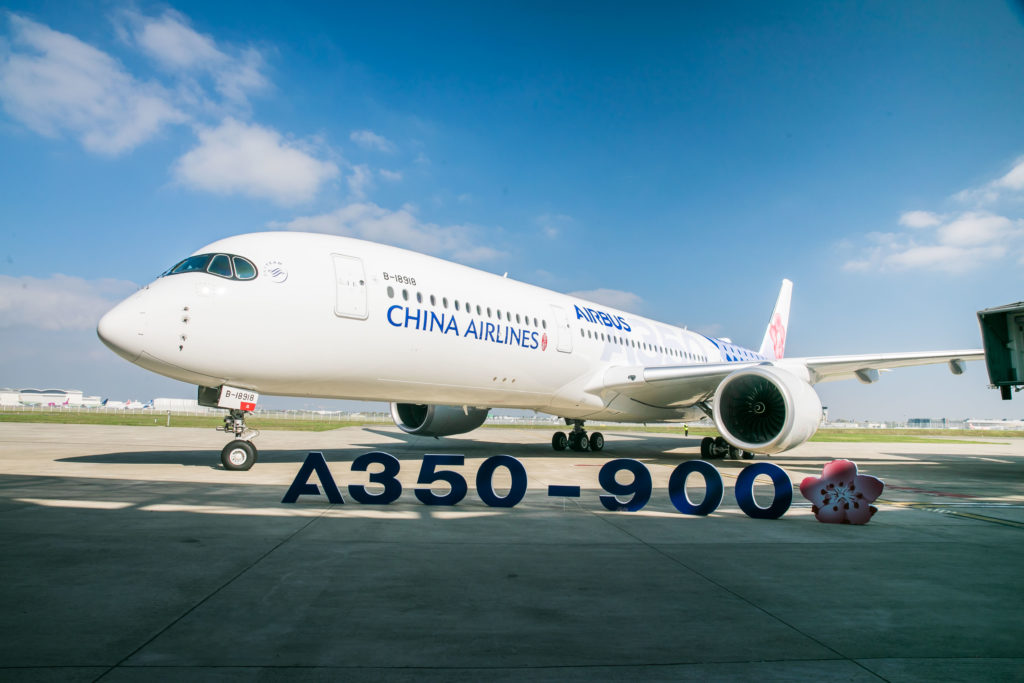 The China Airlines and Airbus A350 joint liveried aircraft has been revealed and will officially enter service on October 26 on the Taipei-Hong Kong route. Dressed in airlines’ corporate colours, the new aircraft will be the first in Taiwan to feature a joint Airbus livery.

China Airlines chairman Nuan-hsuan Ho said that the A350 fleet is the pride of the company and has flown approximately 47,780,000 km since it entered service in October 2016. The distance is enough to circumnavigate the globe 1197 times. Over 2.65 million passengers have also been carried to major destinations around the world.

The delivery of the 14th A350 means that there is a good chance that the joint liveried aircraft can be seen in Asia, Europe, Oceania and the Americas in the future. China Airlines hopes that the arrival of the fourteenth A350 will further improve its passenger services and competitiveness. 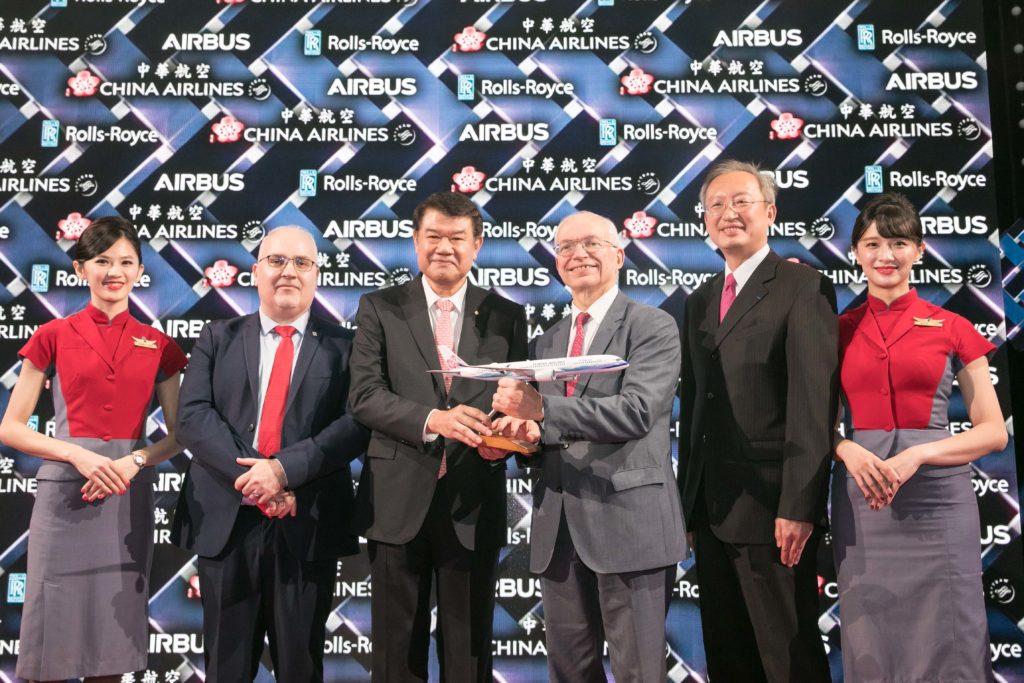 Airbus Executive Vice President Didier Evrard says that the 14th A350 handover is not only celebrated for all A350 aircrafts have been delivered, but also witnessed the relationship between China Airlines and Airbus in the past 38 years.