During the event, EVA Air introduced its first Dreamliner with a sound and light show to create a 360-degree cinema inside a tented structure. The four walls and ceiling of the tent were used as projection screens for an animated film and served as the backdrop for a dance performance. The film and performance highlighted the upgraded inflight experience onboard EVA Air’s 787-9 Dreamliner, as well as the airline’s five-star services and brand. 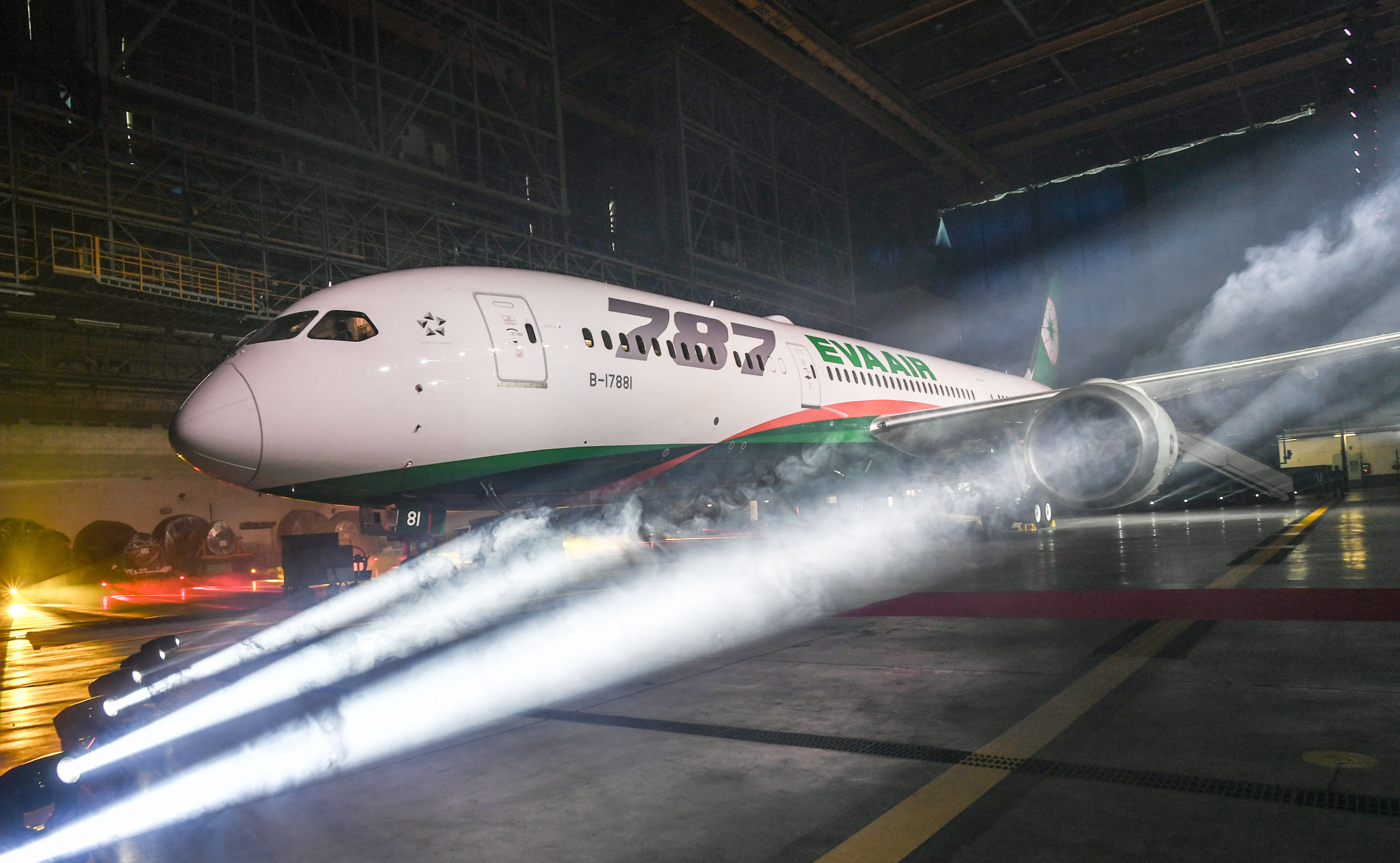 In addition to the performance and show that accompanied the Dreamliner debut, EVA Air premiered its new Dreamliner commercial film. Taking the smile-like curve of the aircraft’s wings inflight as its theme, the film utilises the smiling shapes of movement, cultural images, architecture and natural landscapes to tell EVA Air’s Dreamliner story.

EVA Air expects to put its first Dreamliner in service this November, following the finalisation of preparations and certifications. Initially, EVA Air will deploy the Dreamliner on the Taipei – Hong Kong route. In December, following the delivery of EVA Air’s second Dreamliner, the airline will extend the plane’s services to Osaka and Tokyo. EVA Air expects to take delivery of two more Boeing 787-9s in 2019 and aims to use them on flights serving Australia and Europe.

EVA Air chairman, Steve Lin, said: “We plan to introduce four 787-9s and twenty 787-10s. We will take delivery of our second 787-9 this year and begin introducing the 787-10s in the second quarter of next year. We expect to have all 24 Dreamliners in service by 2022. EVA Air is using the Dreamliners to refresh our fleet.

“For us, the addition of the technologically-advanced Dreamliners demonstrates EVA Air’s capacity to sustain steady growth and continue to upgrade our service quality.”

The Boeing 787-9 Dreamliner has a maximum full-load range of 7,100 nautical miles and can fly nonstop from Taiwan to Vancouver, Seattle, Vienna and Brisbane. The plane is configured for 304 passengers in two cabins, including 26 seats in Royal Laurel Class business and 278 in Economy.

Aviation round up: BA waves goodbye to an icon, Ethiopian says hello Moscow and more