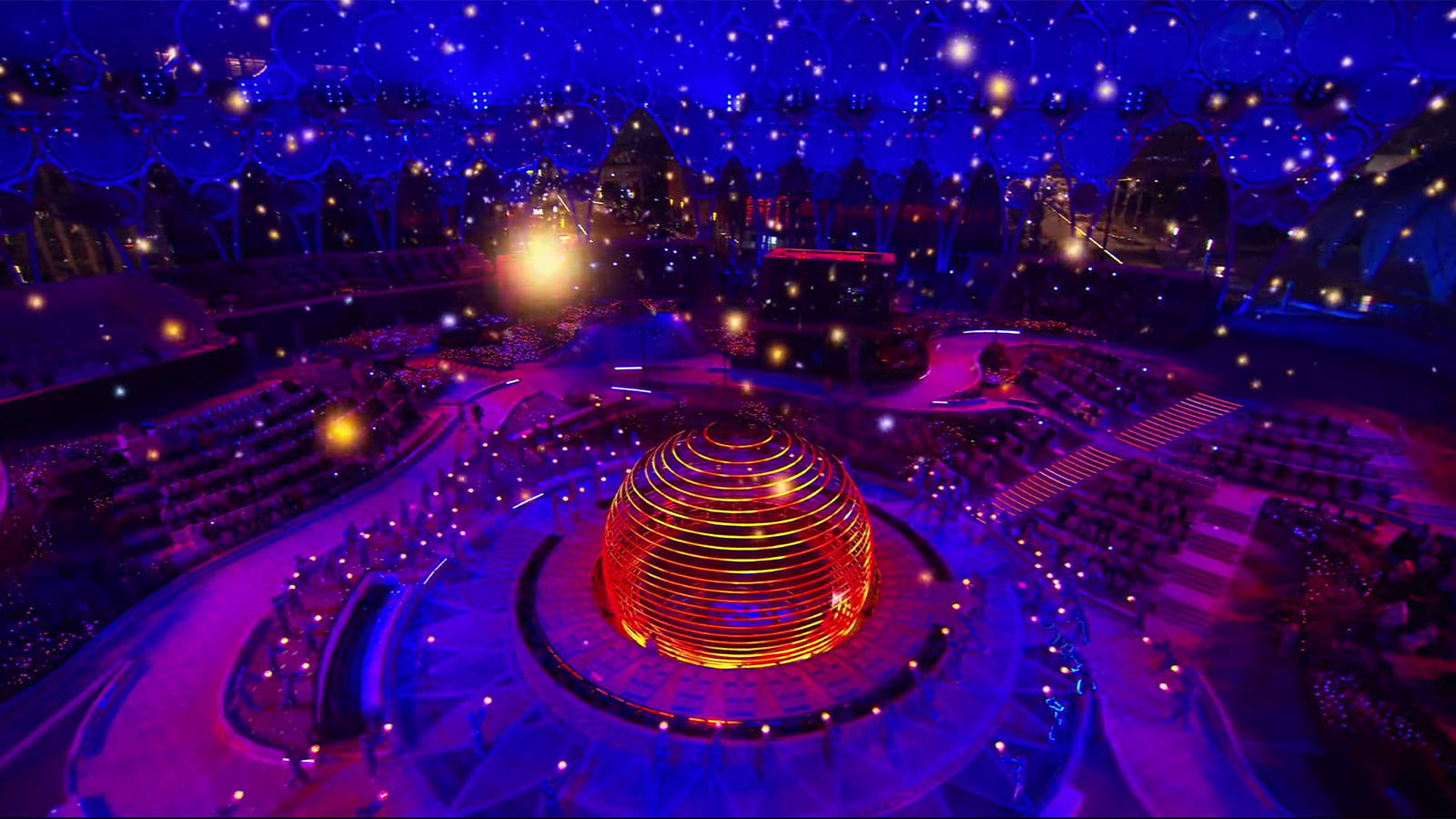 With Covid compelling the emirate to close its doors to the world, Dubai has now reopened to travellers with the 6-month long Dubai Expo. From a falcon-shaped pavilion to an original coffin of a Pharoah and an exhibit featuring self-driving cars, this expo almost has it all.

The opening ceremony will be remembered forever by the 3,000-strong audience, as well as the millions across the globe who tuned in to virtually view the eagerly awaited event. With the golden ring of connectivity – the inspiration for the Expo 2020 Dubai logo – raised to the trellis of the Al Wasl Plaza, the beating heart of the Expo site and the spectacular setting for the captivating ceremony, the event began. The public will be allowed into the site from today, for six months.

In addition to music from some of the most influential artists on the planet and a beautiful live orchestra, a sensory overload of powerful visuals was beamed across Al Wasl Plaza’s dome, the world’s largest 360-degree projection screen.

More than 3,000 lighting fixtures, 1,000 speakers, 1,300 costumes and buckets of passion and emotion from every one of the 1,000-plus participating performers and volunteers also contributed to a one-of-a-kind spectacle of masterful artistic collaboration.

The flags of Expo’s 192 participating nations, revealed via a domino effect as flags were opened one by one, was a proud and visually stunning moment that also signified a reawakening of the world.

Sheikh Mohammed bin Rashid Al Maktoum, ruler of Dubai, was in attendance at the event. Nahayan Mabarak Al Nahayan, commissioner general of Expo 2020 Dubai, welcomed the world to Expo 2020 Dubai – and to the UAE – in his speech, saying: “Expo 2020 Dubai will provide a significant platform for all people to connect, discuss and work together.

It was celebrated tenor Andrea Bocelli who brought the house down, rounding off the night’s electrifying proceedings with one of his all-time classics, the Prayer, its lyrics of human connection crescendoing into the grand finale.

Before that, chart-topping British vocalist Ellie Goulding belted out a resounding, uplifting version of Anything Can Happen; Andra Day enraptured the audience with Rise Up; Chinese concert pianist Lang Lang wowed with his wizardry; and four-time Grammy winning singer-songwriter Angelique Kidjo, together with renowned Saudi singer Mohammed Abdu, sang John Legend’s powerful If You’re Out There?, with its potent lyrics imploring the world to join together.

The stage is now set for Expo 2020 Dubai to host the biggest cultural gathering in the world, presenting a visually striking and emotionally inspiring 182 days, as more than 200 participants – including nations, multilateral organisations, businesses, and educational institutions, as well as millions of visitors – create the largest and most diverse World Expo ever.