Europe’s UK visitors to rise in 2023, despite Brexit

Laura Beaton, travel & tourism analyst at GlobalData, commented: “Of course Brexit has impacted the UK’s outbound tourism industry but the reality is not likely to be as bad as we might have been led to believe, at least in terms of visitor numbers. The depreciation of the pound has had a big impact on expenditure, however, and travellers have had to spend more to match the same experiences they had a few years ago. As a result, cheaper locations are highly sought after by UK travellers.” 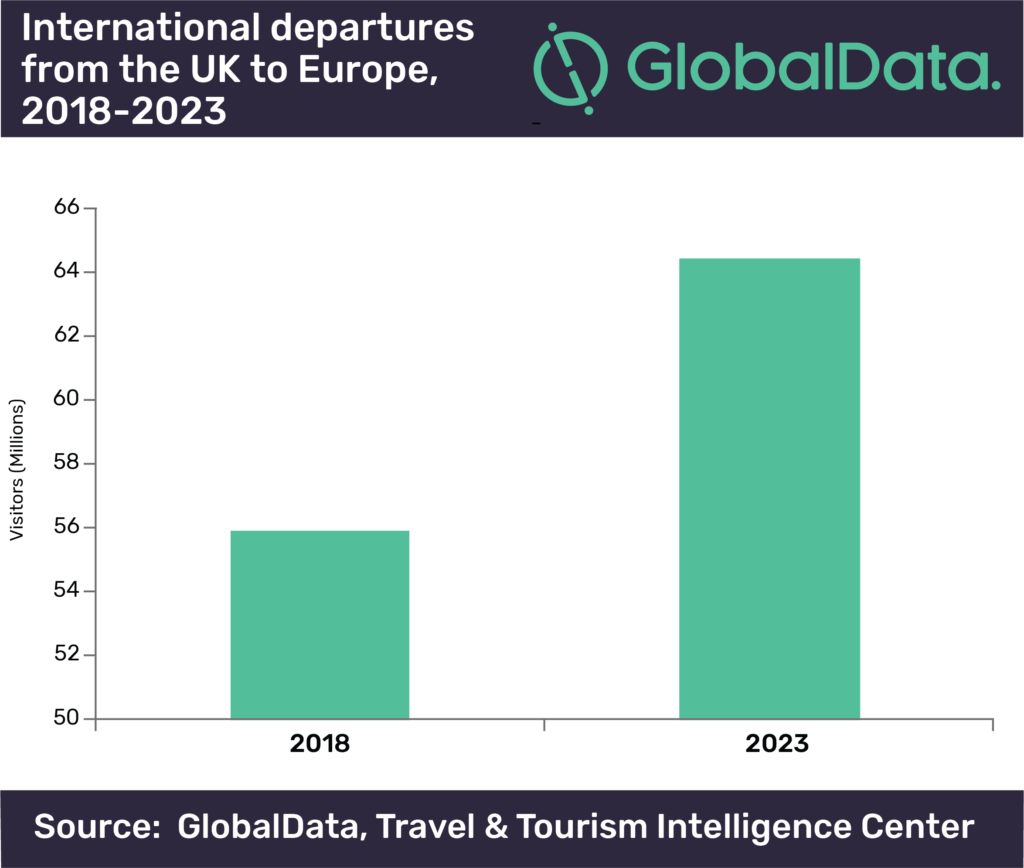 Slovakia adopted the Euro in 2009 and Lithuania followed later in 2015 but the Hungarian Forint, Czech Koruna and Romanian Leu remain. Stag and hen parties from the UK are popular in the area because of cheap alcohol and accommodation. However, Eastern Europe has a rich history and beautiful architecture and hence offers much more than this.

Spain is also going to continue to experience growth from the UK market. The Deputy Minister for European Affairs said that in case an agreement is not reached between the EU and the UK, Spain will have a backup plan in place in order to shield the country’s industry. Whereas Spain’s stance is positive for both tourist businesses and travellers in the two countries, it is essential that a solution is achieved at an EU-level.

Beaton continued: “Western Europe is only truly becoming aware of the other offerings of Eastern Europe and this helps to explain how each country has rapidly grown its UK visitor numbers in recent years. Vilnius in Lithuania is a UNESCO World Heritage site and Budapest has many buildings that have won European Heritage Awards so Eastern Europe has plenty to entice travellers away from the traditional city breaks of Paris and Rome.

“Tourism from the UK is an important part of many European countries’ economies and Spain, France, and Italy are going to remain the top destinations for UK travellers for the foreseeable future so it is important that ties are not severed.”

Deal-making activity in tourism sector declined by 17% during August 2021: GlobalData

European airlines must prepare for a challenging winter season