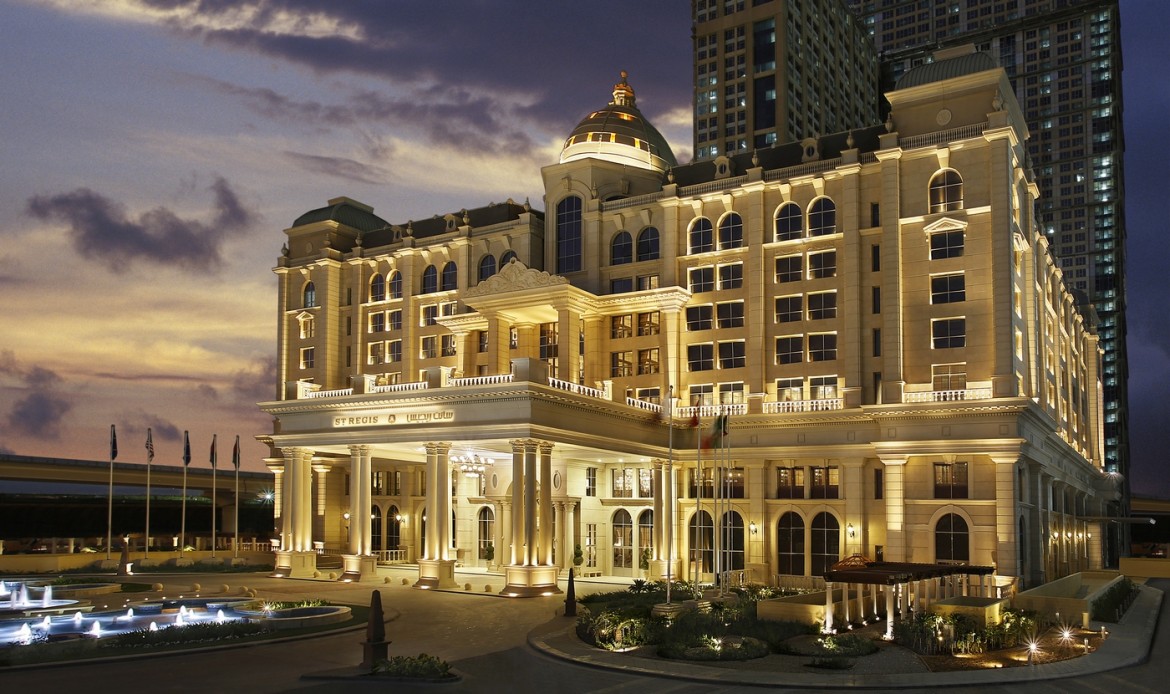 Hilton has announced the opening of three luxurious hotels of Al Habtoor Group in Al Habtoor City – the new luxury district in the heart of Dubai right on the banks of the Dubai Water Canal.

Hilton and Al Habtoor Group reached an agreement effective from 1 August that the three hotels in Al Habtoor City will be renamed as the following:

A 234-guest room ideally located on Sheikh Zayed Road and just steps from the Dubai Water Canal. Prices start from GBP 124 (USD 161) as part of the Hilton Summer Sale.

The first hotel in the UAE to join Curio Collection by Hilton – a global upper upscale portfolio of more than 50 hotels and resorts lauded for their distinct culture and spirit. Featuring 356 guest rooms, the property represents next generation art and design and is also the location for Dubai’s first resident aqua show, La Perle by Dragone. Prices start from GBP 91 as part of the Hilton Summer Sale.

Boasting 1,004 guest rooms, including 142 suites, this hotel under the flagship Hilton Hotels & Resorts brand becomes the largest in Hilton’s Middle East & Africa portfolio. Hilton Dubai Al Habtoor City builds on the heritage of Hilton Hotels & Resorts in the country since the brand’s first property opened in 1971, and joins six properties open across UAE and a further 50 in the pipeline across the region. Prices start from GBP 79 as part of the Hilton Summer Sale.

All three hotels will offer nearly 1,600 rooms, 18 restaurants and lounges, two spas, 34 meeting and banqueting spaces and three ballrooms that will be managed by Habtoor Hospitality. Guests at each of the three new properties will be able to earn Hilton Honors points for their stays from 1 August 2018 onwards.

Moreover, they will see the number of brands Hilton operates in the UAE increase from five to seven while adding to the long-standing presence of its flagship Hilton Hotels & Resorts brand in the country, which has welcomed guests to the UAE for nearly 50 years.

Mohammed Al Habtoor, vice chairman & CEO of the Al Habtoor Group, said: “We are pleased to extend our partnership with Hilton to three additional hotel properties at Al Habtoor City, our flagship hospitality, leisure and residential development located in the heart of Dubai. This is a record transition into a new portfolio of brands, a testament to the strong relationship and trust between Al Habtoor Group and Hilton. The announcement today increases our partnership with Hilton from five hotels to eight hotels around the world.”

Ian Carter, Hilton’s president, global development, architecture, design & construction, said, “The addition of these three properties is great news for Hilton and strengthens a strategic partnership with Al Habtoor Group which spans across several markets internationally. Our portfolio will now see more than 5,000 rooms open by the end of the year in Dubai, a destination that ranks alongside global powerhouses such as London, Paris and New York in terms of annual visitor numbers.”

The announcement comes after Al Habtoor Group revealed earlier this month that Marriott International will no longer run the St. Regis Dubai, W Dubai Habtoor City and Westin Dubai Al Habtoor City. As a result, the websites of the aforementioned hotels are down as it undergoes rebranding.

Mohammed Al Habtoor revealed that only four of 1,020 Marriott employees were replaced during the transition. He said all F&B outlets will remain in their current format and branding. He added that Marriott will continue to manage two of group’s seven international hotels in Budapest (Ritz Carlton) and Vienna (Hotel Imperial).

“We ended our relationship with Marriott International but we still have Marriott managing some of our properties around the world. Our global hotels are almost divided by half between the giants Hilton Worldwide and Marriott. We will continue working with everyone,” Al Habtoor said.

Marriott International said the decision to part was mutual. It added that the parties “are working closely together to ensure a smooth and seamless transition for associates, clients and partners.”

MICE work if you can get it: Hilton exec chats Asian meetings industry and work…

Why is being seen as a travel expert so important to Gen-Y?

Franchising in Europe is the “preferred means of expansion for midmarket…

Hilton to open ‘most luxury hotels’ in company history