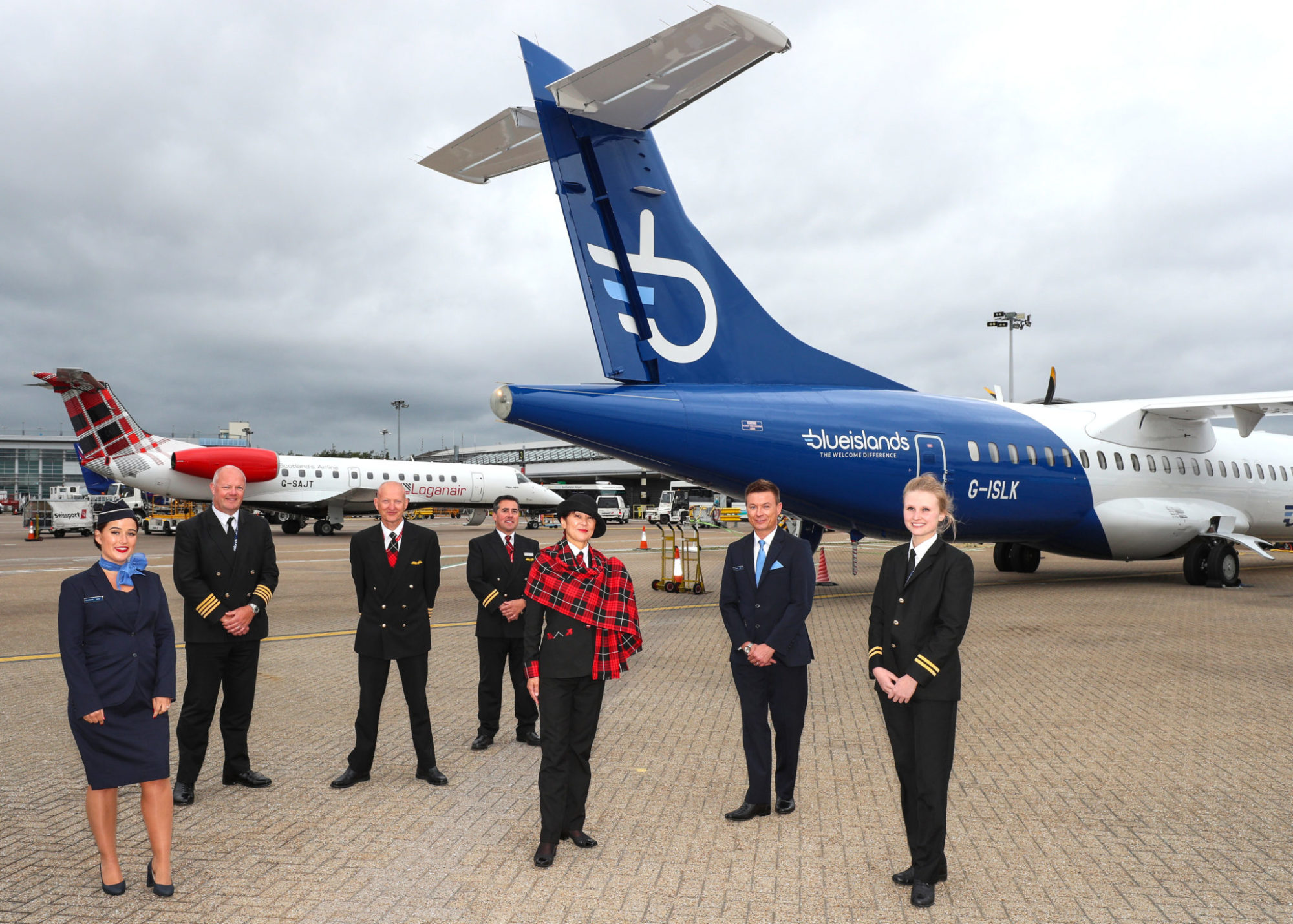 Loganair, the UK’s largest regional airline, and Blue Islands, the growing Channel Islands-based airline, have formed an extensive partnership to offer their customers a broad new range of regional air connections across the UK, the Channel Islands and the Isle of Man.

The airlines will provide seamless connections between their flights, enabling customers to buy a single ticket to benefit from lower fares and guaranteed connections on a wide range of links between Scotland, the North East and the Isle of Man to the south coast and the Channel Islands.

The new links will soon be available to book via the respective airlines’ websites and will re-build connectivity to help boost the UK and Channel Islands’ economic recovery from the Covid-19 pandemic. Frequent connections with a focus on links via hubs at Southampton and Manchester will link points such as Inverness with Exeter; the Isle of Man with Southampton; and Guernsey and Jersey with Edinburgh, Glasgow and Newcastle.

Loganair operates 43 aircraft, predominantly on routes to, from and within Scotland, and is the UK’s largest regional airline. Blue Islands operates five aircraft and is now expanding its network from its traditional Channel Island bases, adding two UK bases with new services including Manchester to Exeter and Manchester to Southampton following the failure of Flybe in early March, just before the Covid-19 pandemic.

Loganair’s chief executive Jonathan Hinkles said: “Providing dependable air services to communities throughout the UK, the Channel Islands and Isle of Man is a core part of the ‘DNA’ of both airlines, and by joining up our networks, we can help many more customers reach their destination.”

Blue Islands’ chief executive Rob Veron said: “Whether flying for business, leisure or visiting friends and family, this partnership once again boosts regional connectivity for the communities we serve in the Channel Islands and the UK using our Manchester and Southampton hubs to connect to destinations on the Loganair route network. Furthermore, it will provide vital support for our visitor economies, particularly in the Channel Islands as we can welcome Loganair customers from Scotland and the north east onto our services to Guernsey and Jersey.”

Podcast: A world of Malaysian Laksas