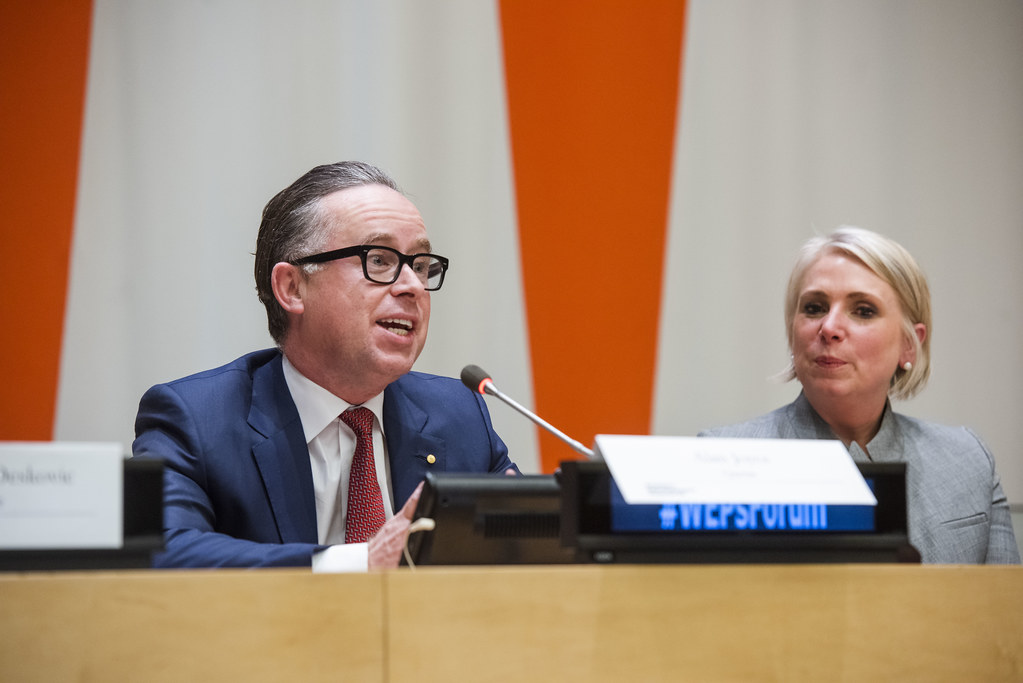 With the coronavirus still undetected outside of China, Qantas CEO Alan Joyce told employees and students at the Toowoomba pilot school where he attended the opening that graduate will one day captain the famous Airbus A380s or Boeing 787 Dreamliners that form the backbone of the iconic Australian airline’s long-haul network.

The virus that would devastate global aviation a few weeks later gets little attention. However, on the flight back to Qantas’ headquarters that afternoon, Joyce is already thinking about the impending crisis. In an interview, he claims he’ll do whatever it takes to beat the pandemic.

Qantas’ relentless, even ruthless approach has enabled it not just to survive the airline industry’s greatest crises but become unstoppable in its own market.

While COVID-19 is projected to wipe out $174 billion in airline profits by the end of 2021, Qantas has grown into one of the world’s most financially secure airlines. Its shares have gained 120% since March 2020, almost double the return of the Bloomberg World Airlines Index, reaching A$8.9 billion ($6.7 billion). Qantas says its nett debt is at a record low, and it expects to make an underlying profit for the fiscal year ending this month.

On May 20, Joyce said that the century-old carrier’s market position is “stronger than ever.”

That Qantas has survived a crisis that would have decimated many of its rivals is a tale of commercial savvy and political deceit. As a result of Australia’s extraordinary success of virtually eliminating COVID-19 and flyer subsidies, Joyce has extensively utilised this.

Australians closed their borders in March last year, sparking his idea. The government not only forbade visitors from arriving but also people from leaving. So, within months, travel-obsessed Aussies who would typically fly to Aspen or the Mediterranean started blowing their budgets on local holidays.

But Joyce hasn’t tried to hide her emotions. During the pandemic, he added 45 routes to Qantas’ network, the biggest in a decade.

Two are Sydney-Ballina. Ballina is close to Byron Bay, a popular New South Wales coastal resort with celebrities including Chris Hemsworth and Matt Damon. Before COVID, Qantas had not travelled there from Sydney in 15 years. Today, Qantas and its low-cost affiliate Jetstar operate up to 55 flights each week to meet increasing demand from stranded Australians.

The Christmas spike was made possible by a virus that had killed almost 3.9 million people globally. In Australia, we had recovered from the death toll of fewer than 1,000, and life had returned to normal.

Qantas’ resurgence is not only due to self-sufficiency. Due to Australia’s vast landmass, flying is the only viable option between most major cities.

COVID-19 did not fly straight over Qantas. The airline estimates the pandemic cost them A$16 billion in lost revenue and a pre-tax loss of almost A$2 billion for the fiscal year ending June. Joyce, a physics and math student in college, was obliged to utilise his bare-bones budgeting skills as Jetstar’s CEO. He’s laying off 8,500 Qantas workers and cutting operational costs by $15 billion.

“We have been clear that significant changes to our business are needed to survive,” Qantas stated. Our first goal must be to mend and recover.”

Joyce isn’t the first to reposition an airline. In a three-year plan that ended in 2017, he cut 5,000 jobs, sold or delayed planes, and frozen wages. Stockholders saw record profits and dividends, but the profitability made additional job cuts harder to explain.

The pandemic has changed that, but management’s positive remarks as Qantas fires thousands of workers enrage union leaders. In May, Qantas announced a two-year pay freeze and voluntary redundancy for international cabin staff.

In March this year, Joyce praised a government aid package that included nearly a million inexpensive plane tickets. “It’s greater than an A380,” Joyce remarked. “I want to thank the Prime Minister.”

But there’s a catch. Last year, Joyce caused a worldwide stir by grounding the entire Qantas fleet due to a labour dispute. A new compensation structure for scheduled ultra-long flights was threatened earlier this year.

As part of its three-year recovery plan, Qantas stated in June that it will collect A$1.4 billion from institutional investors and halt its entire 12-strong A380 superjumbo fleet for three years. From June 2023, the airline hopes to save A$1 billion annually.

According to the plan, Qantas could emerge from COVID stronger domestically and able to win market share against debt-ridden international rivals.