India’s aviation sector is a treasure chest. The huge continent and second most populous country in the world, India is set to be a minefield of opportunities for airlines. Its outbound tourism market is one of the most sought-after markets of many countries.

With more and more travel restrictions being lifted and the resumption of all regular international flights in India, OAG believes the sector is teeming with potential in the coming years. Here’s why…

Most populated country by 2024

With the Chinese birth fertility rates in decline in the coming years, demographers predicted that India with its much higher fertility rate will overtake China as the world’s most populous country by 2023 or 2024, according to the UN’s 2021 World Population data. India’s population in 2021 is estimated to be 1.39 billion. This population boom poses advantages for airlines as it means more potential customers for both domestic and international routes.

Air travel is an integral part of travelling around India

With a landmass of 1.2 million square miles, air travel is an integral part of travelling around India, and significant emphasis has been placed on improving domestic connectivity in the last 5 years, with the introduction of India’s UDAN, or Regional Connectivity scheme.  The aim of the scheme was to make travel accessible to the masses by developing existing and new airports and supporting routes which facilitate regional connectivity.

Before the pandemic, in the period 2016-2019, domestic capacity in India grew at a faster rate than in the preceding years, averaging 16% growth each year. Although growth slowed a bit in 2019 just over one-third of capacity growth between 2016 and 2019 in India’s domestic market came from new routes that were not previously operating. 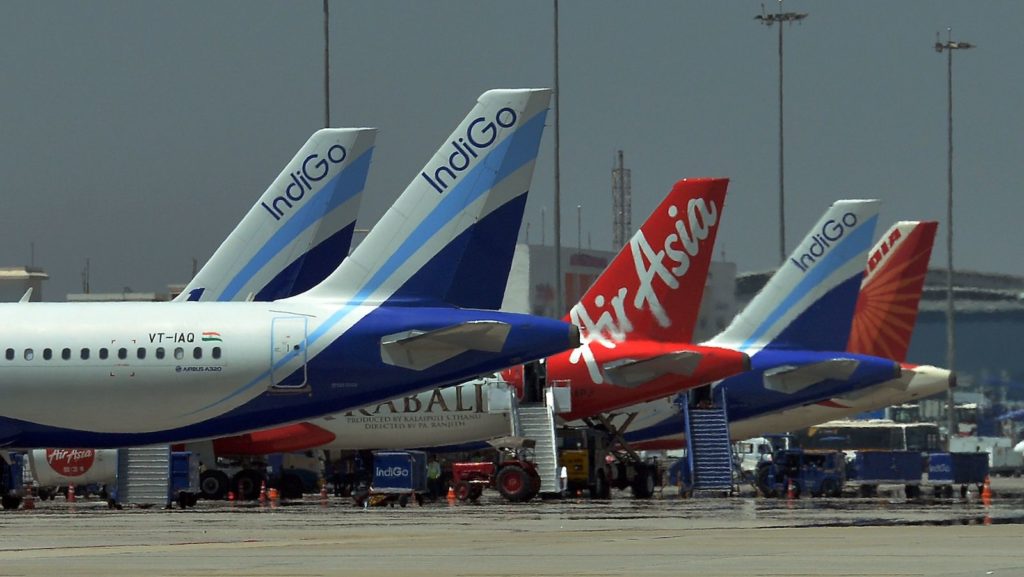 The smallest airports in India have seen rapid growth in capacity and frequency. The very largest airports in India, those with over 10m seats in 2017, saw capacity fall by 13% in the period 2018-2021 whilst Tier 4 and 5 airports (operating up to 0.5m seats annually) saw very strong growth.

OAG’s capacity data also shows that there are 24 domestic routes operating in March 2022 to and from Delhi that were not operating before 2017, so from this perspective at least the scheme has generated some positive results for smaller airports in India and improved connectivity with a major hub airport.

One of the challenges of India’s aviation sector is improving the infrastructure of these regional airports to match the increasing passenger capacity as well as utilising some of these airports to bring in more tourists as part of the region’s tourism plans.

Indians travel all over the world. It is one of the fastest-growing outbound travel markets in the world. There has been a 500% rise in outbound travellers and India’s outbound tourism market is estimated to reach USD9 billion by 2025. Europe commands about 20 % of all Indian outbound departures.

However, India’s outbound international traffic is connected via one-stop services through the Middle East. In 2019, there were 0.45m passengers who travelled to the United Kingdom via the UAE from India, and the market between India and Japan was 365,000 passengers, with 65% of these travelling indirectly, via a range of Asian hub airports. Direct international services represent an opportunity to be explored in India’s aviation sector.

OAG is the leading data platform for the global travel industry providing frictionless access to high-quality travel. It has the world’s largest network of flight information, covering the whole journey from planning to customer experience. Our data share the why, where, when, and how we fly and travel.

How OAG is fuelling the future of travel with product innovation

70% of US travellers support introduction of international vaccine passports

70% of travellers plan to fly internationally within next six months, reveals OAG…