Among Indian Railways‘ 336 saloon cars, one of them is a luxury coach which can accommodate up to six passengers. The coveted space – which has its own living room, two bedrooms, a dining area, lounge, kitchen and a private bathroom – is always in demand but was only available to top railway officials –  until now.

For 2 lakh rupees (roughly US$3,000), the now public luxury saloon can be booked by passengers who are willing to shell out a few extra bucks. According to news outlets in India, its first passengers were six people from a private tour operations company. IRCTC officials told news agencies that they used the train to reach remote areas in India.

A statement from the Indian Railway Catering and Tourism Corporation (IRCTC) said: “This will be an all-inclusive tour where the guests will be offered all the comfort of a hotel. Exclusive staff will be available for services on board. Railway also provides one AC attendant and one saloon attendant for ensuring hassle-free travel.”

On Twitter, India’s Ministry of Railways described this new offering as a ‘moving house’ with spectacular views. But this isn’t the only service that IRCTC has recently launched. For passengers looking for more food choices whilst on board, they’ve also launched a ‘Food on Track’ app, which will let passengers conveniently order the food of their choice online.

IRCTC released a statement, warning passengers about ordering from unauthorised entities:  “IRCTC is the only authorised agency to take and deliver orders through e-catering in trains. Beware of unauthorized entities like Travelkhana, Railyatri, Omitra, and Yatrachef. Make sure to order food through the Food on Track mobile app.”

In addition, for Earth Day this year, 5,000 coaches have been fitted with LED lights and a plastic bottle crushing machine has been installed at the East Coast Railway. 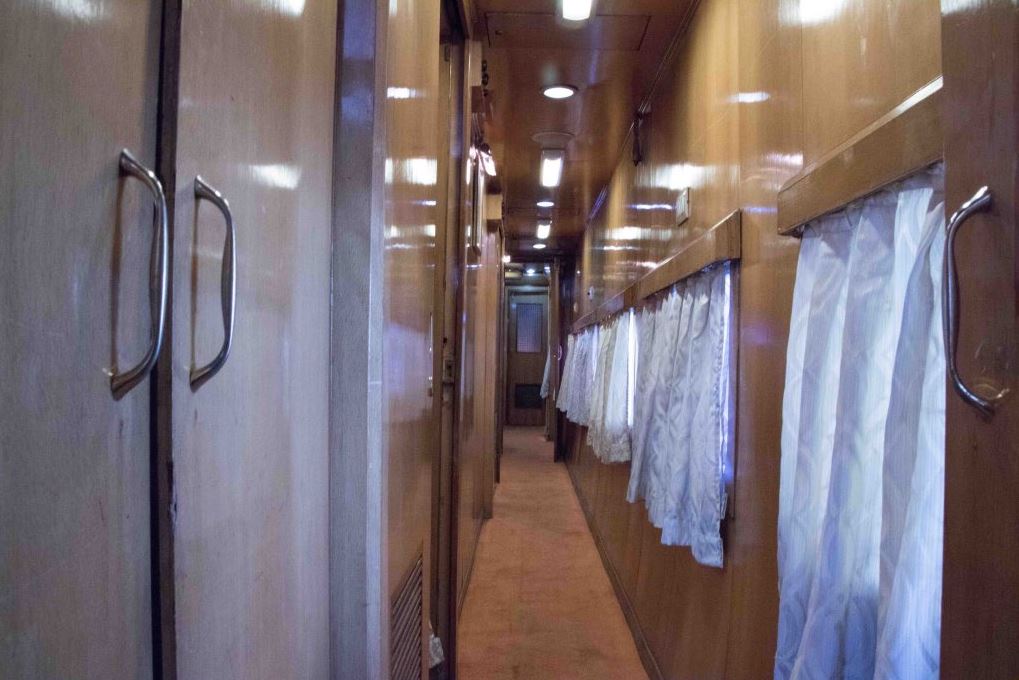 With food and accommodation already covered, the luxury train service started last Friday from Old Delhi Railway Station to Katra in Jammu. The decision to make the coaches available to the public came after the chairman of the Railway Board, Ashwani Lohani, met with travel and trade officials in Delhi earlier this year.

From here on out, the luxury saloons will be available for booking and the details will be posted on the IRCTC website.