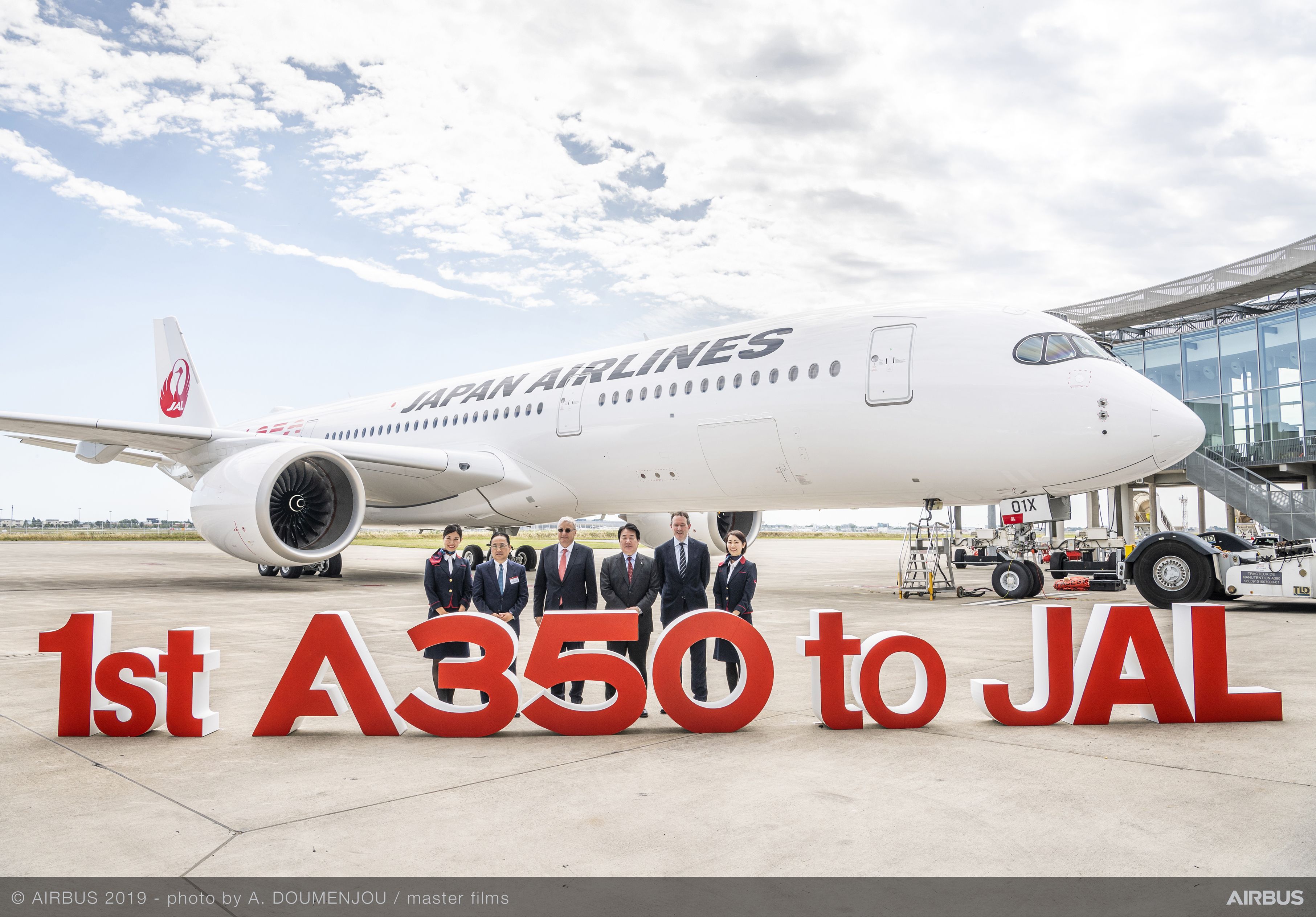 Japan Airlines (JAL) has taken delivery of its first A350 XWB at Airbus headquarters in Toulouse, France. The A350-900 is the first aircraft produced by Airbus for JAL. The milestone event was attended by JAL representative director and chairman Yoshiharu Ueki and Airbus chief commercial officer Christian Scherer.

Altogether, JAL has ordered 31 A350 XWB aircraft, comprising 18 A350-900s and 13 A350-1000s. JAL will initially operate the A350-900 on high-frequency domestic routes while the larger A350-1000 will fly on the carrier’s long haul international network. The first aircraft will enter service on the airline’s Haneda – Fukuoka route at the start of September.

JAL’s A350-900 is configured in a premium three-class layout, with 12 seats in first class, 94 in class J and 263 in comfort economy. The ferry flight of the first JAL A350-900 is being performed with a blend of conventional and synthetic fuel, contributing to reduced carbon emissions.

The A350 XWB offers by design unrivalled operational flexibility and efficiency for all market segments up to ultra-long haul (15,000 km). It features the latest aerodynamic design, a carbon fibre fuselage and wings, plus new fuel-efficient Rolls-Royce engines. Together, these latest technologies translate into unrivalled levels of operational efficiency, with a 25 per cent reduction in fuel burn and emissions.

The A350 XWB’s Airspace by Airbus cabin is the quietest of any twin-aisle and offers passengers and crews the most modern in-flight products for the most comfortable flying experience. At the end of May this year, the A350 XWB family had received 893 firm orders from 51 customers worldwide, making it one of the most successful wide-body aircraft ever.