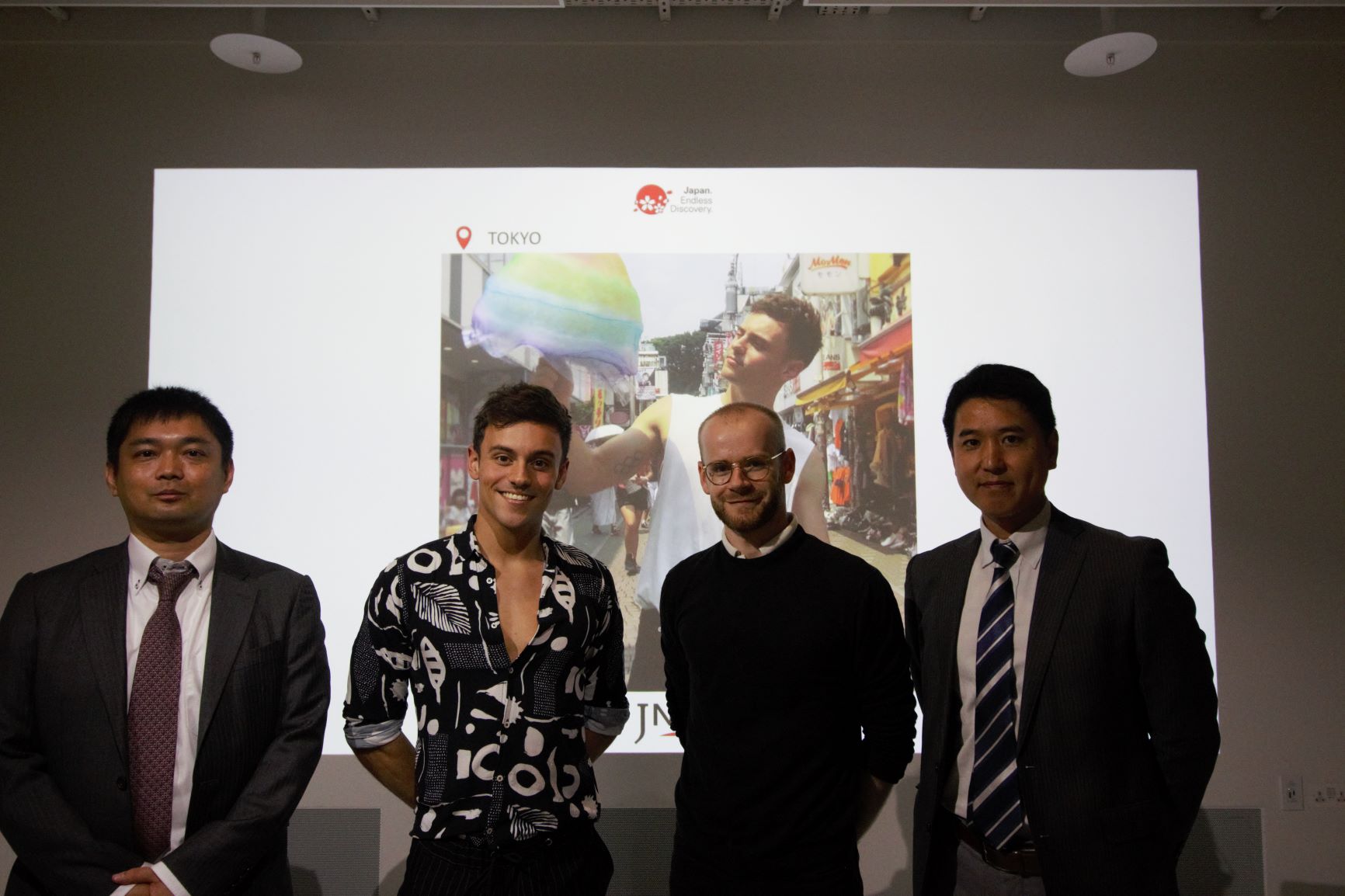 Japan National Tourism Organisation (JNTO) celebrated their Tokyo 2020 Olympic and Paralympic Games campaign with the launch of an ongoing collaboration with British Olympic diver, Tom Daley. Held at Japan House, High Street Kensington in London, JNTO hosted an audience with Tom Daley to screen some of the content created by Tom for his mini-series focusing on Japan.

The Olympic diver talked about his recent experience in Japan and showcased previously unseen footage from his trip. Tom travelled to Japan from 1-8 August 2019 to film a six-part content series showcasing some of the culture and events Japan has to offer ahead of the 2020 Tokyo Olympic and Paralympics Games, in which he will be competing.

The Olympian flew into Tokyo via Japan Airlines (JAL), where he spent a couple of days exploring the quirky culture. From Tokyo, Tom travelled north around several prefectures including Fukushima, Yamagata, Miyagi, Aomori and Iwate.