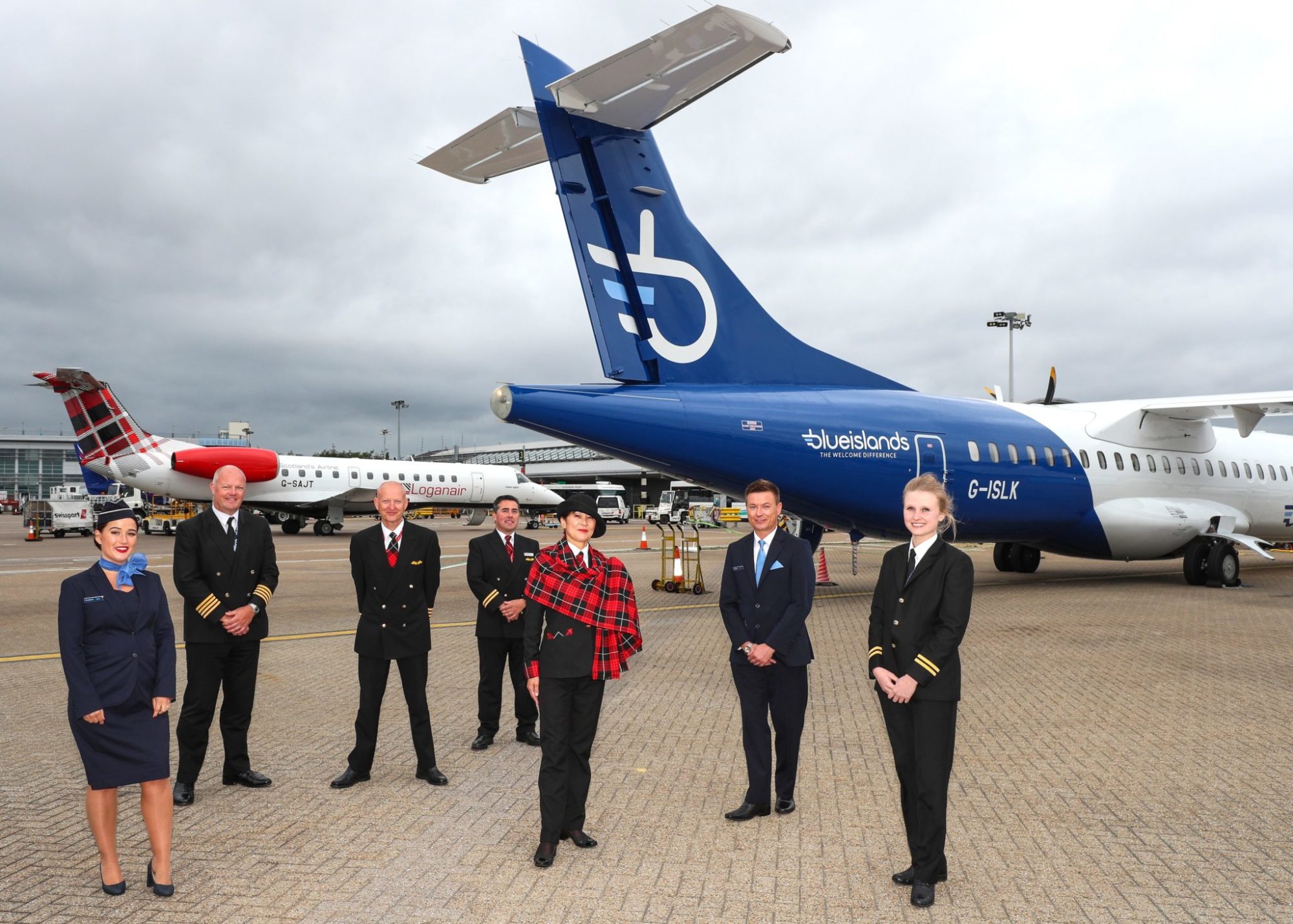 For those living in the Channel Islands, journeys to Scotland or Newcastle containing flights operated by both airlines can also now be booked. Other routes will be sold by Loganair via its website, including Blue Islands popular Exeter and Birmingham to Jersey and Dublin to Southampton routes.

The agreement also brings further benefits to customers – hold luggage is now through checked to its final destination and in case of delay or missed connections, a re-accommodation process is in place.

There is a cost saving for customers due to the partnership. For example, previously if a traveller booked flights with the airline from Aberdeen to Manchester and then booked separate flights with Blue Islands from Manchester to Southampton, Air Passenger Duty (APD) would be charged twice at a combined total of GBP 26 (USD 33.93). That same journey booked now would incur just GBP 13 (USD 16.97) in duty.

Loganair chief executive Jonathan Hinkles said: “We’re confident the code share partnership will be welcome news for customers looking to travel to the north from the Channel Isles and by those in Scotland looking to explore all that Jersey and Guernsey have to offer. The agreement also strengthens our connectivity to Southampton and Exeter with extra connecting options via Manchester complementing our direct services from the central belt and Newcastle.”

Rob Veron, Blue Islands CEO, said: “We are delighted to see that customers can now book flights using our previously announced codeshare partnership with Loganair. Our initial set of connections enable easy travel to a number of very popular destinations in Scotland and the North for our customers in Guernsey, Jersey, Exeter and Southampton. We expect the network to develop even further very soon, with a wider choice of destinations for next summer.”

How new partnership between Loganair and Blue Islands will boost regional…