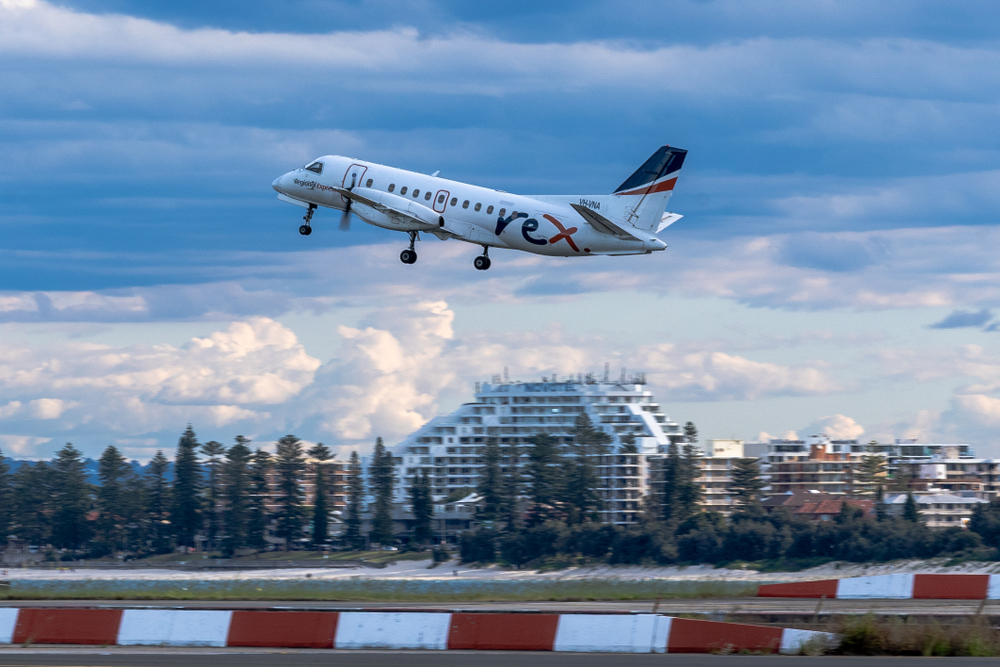 Regional Express is considering legal action to combat what it believes is capacity dumping and predatory pricing by Qantas on the carrier’s now grounded domestic routes and core regional network – allegations it denies.

While Rex had recently launched new flights with Boeing 737 jets between Melbourne, Sydney, Adelaide, and the Gold Coast, it has now ceased all services due to border closures and lockdowns that killed travel demand last week. It has yet to re-enter the skies with the six 737s.

However, Rex is now looking at a different roadblock, stating that it is considering “legal remedies in the face of Qantas’ anti-competitive behaviour.”

“Qantas has tried to intimidate Rex by commencing services into nine regional routes in competition against Rex. These routes were just marginal for one carrier and certainly too small for two operators especially for a carrier using aircraft that has twice the capacity,” Rex said in a statement.

“Qantas then dumped 80 per cent extra capacity on Rex’s domestic launch route in March this year, even though February’s load factor for this route was only about 55 per cent.”

Rex recently complained to the Australian Competition and Consumer Commission that this behaviour amounted to “capacity dumping” – the practice of adding excess flights to specific routes in order to force a competitor out of the market. So far, no one has responded to the calls for action.

When this was first brought to its attention last December, the ACCC stated that its job was to “protect the competitive process, not individual competitors.”

Later in March, ACCC chairman Rod Sims told a Senate enquiry that it was “a bit difficult” to call Qantas’ actions predatory because, to his knowledge, the airline was “cash positive on those routes on the whole.”

“We know that the ACCC is taking the matter very seriously and working to deal with any concerns that we’ve raised with them” said John Sharp, Rexdeputy chairman

In June, he told Parliament he was looking at the accusations.

“We are trying to see what the patterns are, what the overall effects are, understand the economics of Qantas because, obviously, Qantas has spare planes. They’ve got spare planes, are they covering their cash costs, so we’re all over this topic and looking very closely at it.”

Rex deputy chairman John Sharp said the carrier was considering the action because it wanted more control over the process, and not because the ACCC had displayed any reticence to engage.

“We know that the ACCC is taking the matter very seriously and working to deal with any concerns that we’ve raised with them,” he said. “We’ve spoken to them several times and know they are working diligently on that matter.”

“The ACCC continues to monitor competition in the domestic aviation market, and we are watching for conduct that may raise competition concerns, including capacity dumping and predatory pricing,” they said.

Qantas has consistently denied Rex’s allegations and did so again on Wednesday.

“We have no idea what Rex is talking about and we’re starting to think Rex might not know either,” a spokesman said.