Of all the vacations you’ll ever take, your honeymoon is probably the most anticipated and ambitious. Whether in a luxurious or adventurous sense, honeymooning newlyweds are all hoping for that once-in-a-lifetime experience.

To help newlyweds plan the perfect trip, Booking.com created a guide to the best honeymoon destinations and the best times to go based on pricing data.

These were not always the absolute cheapest week of the year (otherwise travelers might find themselves in the midst of the monsoon!) but still had attractive pricing and temperatures compared to other seasons and destinations. And factors like the city’s local events and holidays were also accounted for, as this can often affect an accommodation’s rates.

So here is your definitive guide to help you plan your honeymoon, with options for off-the-beaten-path or something more classic. 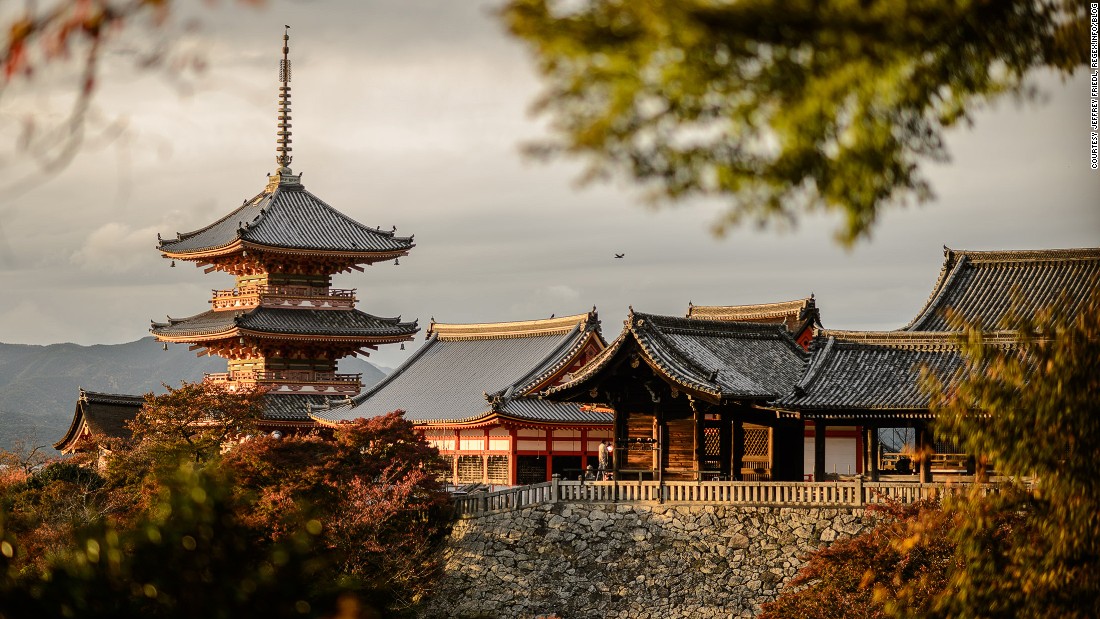 For honeymooners seeking something unconventional, Kyoto promises to deliver. Alongside its dreamy tea houses, gardens and Buddhist temples, it’s also a city of sleek modernity (hopping on the bullet train is a real treat) with a phenomenal choice of Michelin-starred restaurants. Though it may be biting cold at this time of year, if you’re willing to wrap up warm, the peaceful shrines empty of crowds and – if you’re lucky – coated with snow are blissfully romantic. And Japanese soul food Nabe (hot pot) is perfect for warming up. Around Christmas is also known as a time for romance in Japan, with Christmas Eve traditionally the most important night of the year in terms of impressing your lover.

Last year, the 2nd week of January was 55% cheaper than the most expensive week of the year. 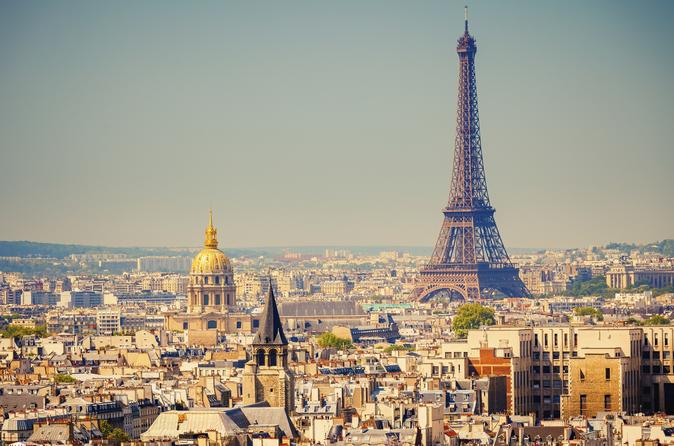 Snuggle up in a cozy Parisian café, wander the frosty Jardin des Tuileries before stopping off at The Louvre or eyeing up the glittering festive window displays at Galeries Lafayette. The city of love is a magical honeymoon destination, with elegant architecture lining leafy boulevards and the illuminated Champs-Elysees perfect for a romantic nighttime stroll. It’s easy to see why Paris is an old-time honeymoon favorite, with its combination of art and history, fine dining and its splendid cityscape.

Last year, the 2nd week of February was 34% cheaper than the most expensive week of the year (in June).

The oldest of the Hawaiian Islands, Kauai is a surreal tropical utopia. Hike through its lush green rainforest, through canyons and valleys and come across cascades and dramatic mountain peaks. The island’s pristine white sandy beaches offer fantastic surf, while kayaking, sailing and snorkeling are also popular here. But a honeymoon in Kauai doesn’t have to be jam-packed with activity, its appeal also lies in its seclusion – its natural beauty and quiet mean you’ll feel like you’ve gone completely off the beaten track even when staying in a smart hotel.

Prices decreased towards the end of May last year, with the third week of May 36% cheaper than the most expensive week of the year.

The sophistication and stunning natural surroundings of St Barts make it a classic honeymoon go-to. Expect aquamarine seas, divine beaches and glamourous accommodation. The island has a distinctly St Tropez feel, meaning gourmet food and lots of glitz. Aside from shopping and people-watching, you could easily while away your holiday exploring and snorkeling off the island’s 22 beaches, each one embodying a particular laid-back St Barts vibe.

Last year, the second to last week of May was 75% cheaper than the most expensive week of the year.

Hamilton Island, right in the middle of Australia’s Whitsunday archipelago, is so picture-perfect it’s like a cliché. A desert island fantasy, dark green tropical forests rise up from the softest of white sand and the color of the water is almost blindingly blue. Sailing around the region is a popular, and arguably the best, way to experience it. But you can also relax in one of Hamilton Island’s gorgeous resorts, interspersed with outings to various natural wonders, including the Great Barrier Reef.

Last year, the second week of August was 27% cheaper than the most expensive week of the year. 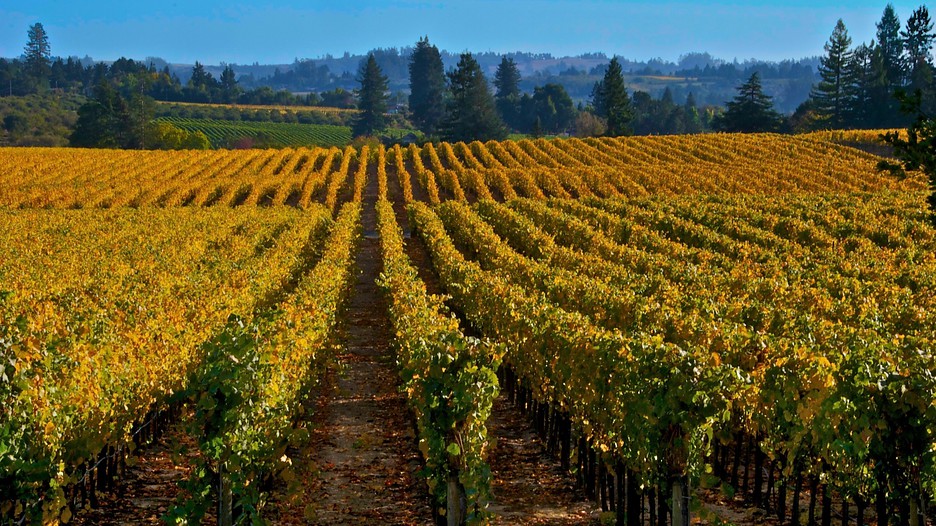 For a classic honeymoon spent indulging in fine wines and haute cuisine while enjoying California’s sunny climes, head to Sonoma. It’s less expensive and more laid-back than Napa but still offering world-class wineries, boutique hotels and striking scenery. Also less crowded than Napa, Sonoma is perfect for peaceful, romantic retreats if you want to feel like you have the valley to yourselves. And the months of June to August offer summer weather while being cheaper than the subsequent harvest season.

Last year, the last week of June was 30% cheaper than the most expensive week of the year in October. 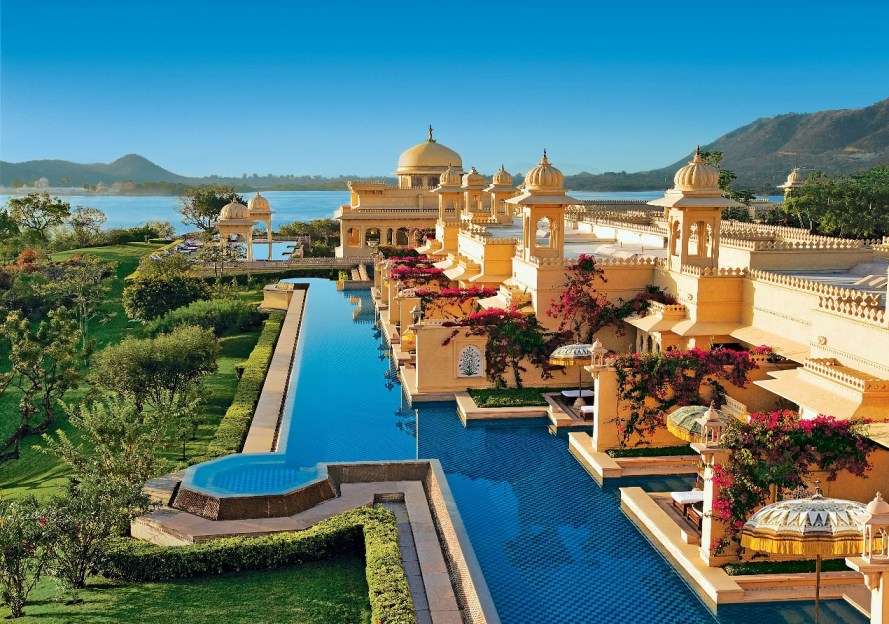 Udaipur is often said to be India’s most romantic city, perhaps the world’s. Right at its heart lies the glassy blue surface of Lake Pichola, a man-made lake that lends the city an ethereal and peaceful presence. Perched right in the middle is the Lake Palace and on one side, City Palace; both grand and beguiling structures. Take a romantic boat trip across the lake and admire the beamingly bright saris of the women washing clothes on the ghats. Then enjoy a rooftop dinner with a backdrop of glittering lights reflected on the water. With the monsoon season coming to a close by mid-September and the winter beginning, this is prime time to visit before the tourist season really hits its peak in December. Udaipur winter entails pleasant, dry sunny days, ideal for exploring the city.

Last year, the first week of September was 45% cheaper than the most expensive week of the year. 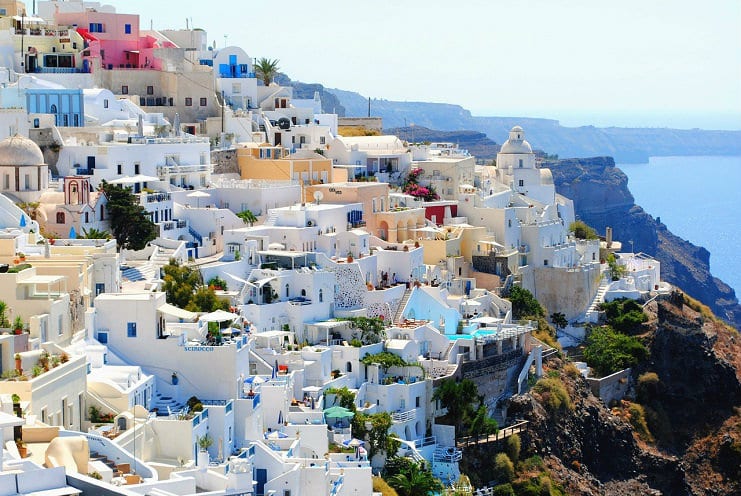 The glorious contrast of Santorini’s whitewashed houses with the dazzling blue of the Aegean Sea is one of Greece’s most iconic and breath-taking sights. Enjoy golden Mediterranean sunsets and romantic dinners of fabulous Greek food in tranquility if you visit after the tourist rush of summer. The weather is still sublime but the beaches relatively empty so your honeymoon will feel all the more special.

Last year, the 3rd week of October was 51% cheaper than the most expensive week of the year.