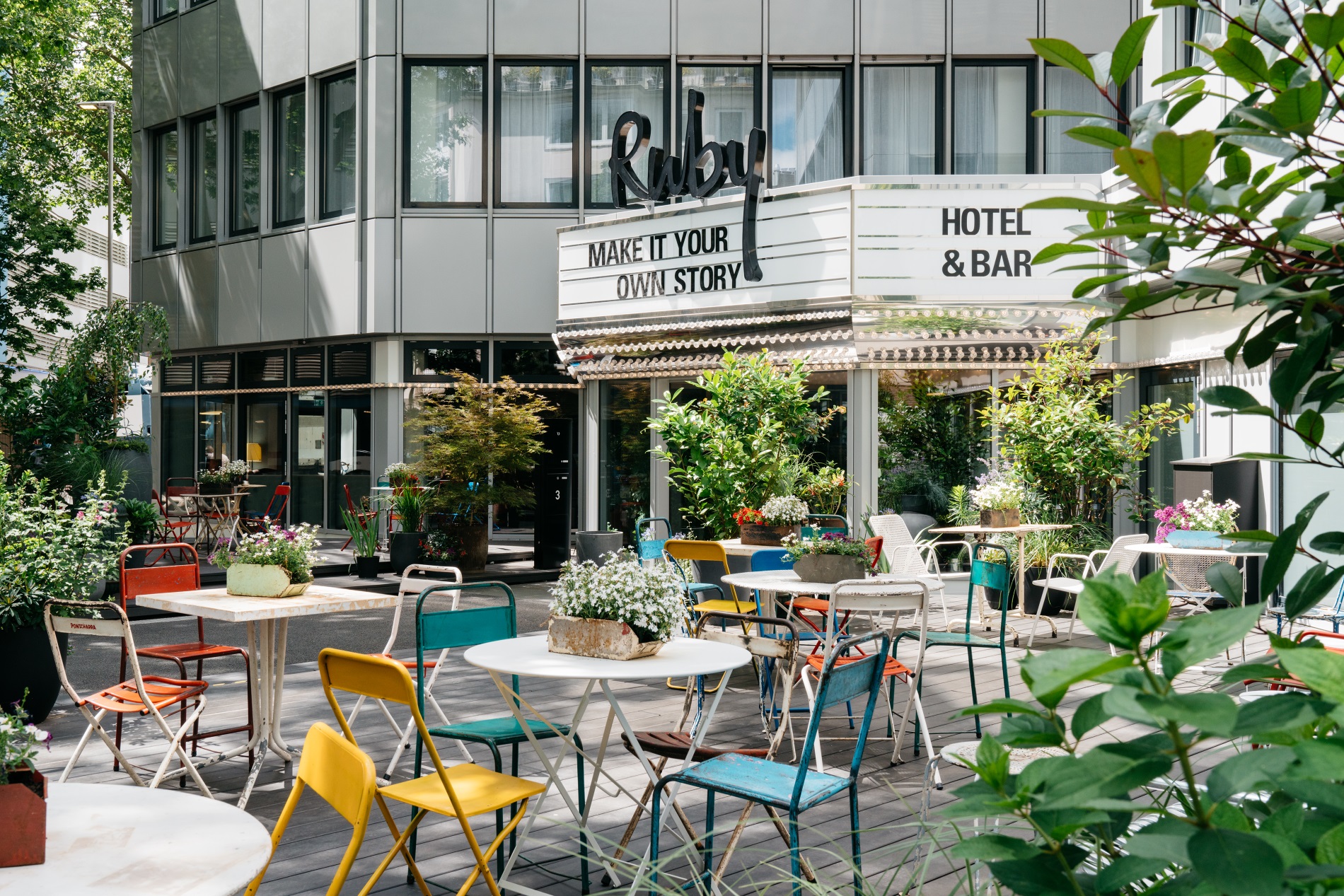 Ruby Hotels has announced that its seventh hotel, Ruby Leni, is now officially open in Dusseldorf’s central district. With a total of 170 rooms, Ruby Leni is the second Dusseldorf property for the disruptive Munich-based brand and pioneer of the ‘lean luxury’ philosophy, following the opening of Ruby Coco in 2018.

Located on the site of a former 19th century hotel which later housed the iconic Düsseldorfer Schauspielhaus theatre, Ruby Leni enjoys a prime position only 200 metres from Dusseldorf’s famous Königsallee shopping boulevard and canal. The Rhine river, the many rustic pubs and bars of Dusseldorf’s legendary old town and the thriving nightlife around Ratinger Straße are all within walking distance. With an underground station and tram stop just steps away, Ruby Leni is a stone’s throw from the city’s main station, from which the airport can be reached in under ten minutes.

An expansive bar and outside terrace offer a stylish watering hole for guests and locals alike, while family tables in the lounge and the library provide ample space for both work and relaxation.

Drawing on both the surrounding area and the site’s creative past life, the design of the hotel is themed around the theatre world of the early 1950s, with antique furniture and artefacts providing a sense of place and history. Ruby Leni is in fact named after Helena from Goethe’s Faust; Gustav Gründgens’ ground-breaking production of the play premiered at the Schauspielhaus in the 1950s before it became a film classic.