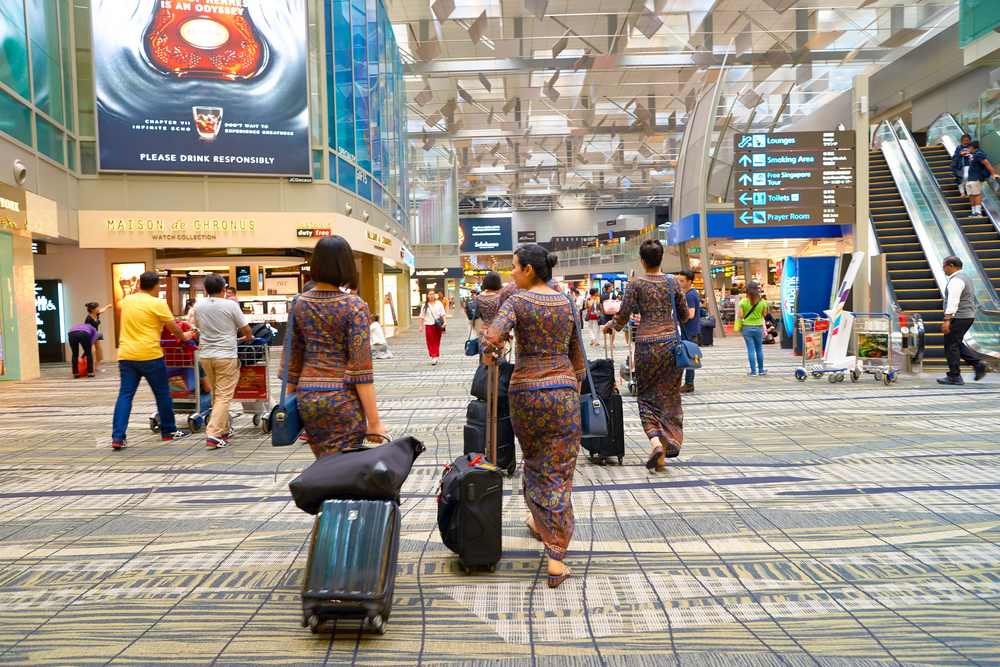 Airline crew are prohibited from moving freely in many places in the world. Singapore Airlines crew members are forbidden to leave their hotel rooms on layovers. To make sure they comply with regulations, the carrier is now requesting that they wear a tracking device for the duration of their stay.

There has been an array of incidents with airline crew as a result of COVID precaution regulations. A KLM flight attendant was arrested in Singapore for leaving their hotel room in mid-December. The suspect that the Sydney Avalon cluster started with an airline crew that went on a night out and met friends at Avalon for drinks.

An EVA Air pilot was fired after bringing the virus back to Taiwan from the US and failing to comply with the authorities’ track-and-trace efforts just before Christmas. There is also the infamous case of China requesting that flight attendants wear nappies on board to avoid using the lavatory.

In the latest bid to stop the chance of any imported COVID cases to the city-state, Singapore Airlines is increasing its employee surveillance. According to The Straits Times, flight crew from the airline that needs to stay overseas will have to wear a tracking device.

This is reportedly to make certain that they comply with a rule requiring them to remain in their hotel rooms at all times. They are also prohibited from physically interacting with one another during the layover period.

These regulations come on the heels of a package of rules for airline crew from the Civil Aviation Authority of Singapore (CAAS) that came into effect just before the new year. To adhere to the social distancing requirements, Singapore Airlines flight attendants must not congregate in the galleys, stagger mealtimes, and remain in their allocated work area of the aircraft.

They must also keep apart during pre-flight briefings and their dedicated transportation from and to the airport. Beyond the mandatory in-flight face mask, goggles and gloves are prescribed for interaction with passengers. On flights from the UK and South Africa, full PPE – including N95 masks and protective gowns, are mandatory.

When returning to Singapore, the crew must head straight to their homes following an initial PCR test. If arriving from a high-risk area, they must isolate while for at least seven days. They must then take three separate PCR-tests – one when arriving, another after three days, and the final after a week.

Thus far, only two cases have been reported where Singapore Airlines crew have tested positive for the virus. The first instance was a cabin crew member returning from New York on December 16th, and the second a pilot returning from London on December 22nd.