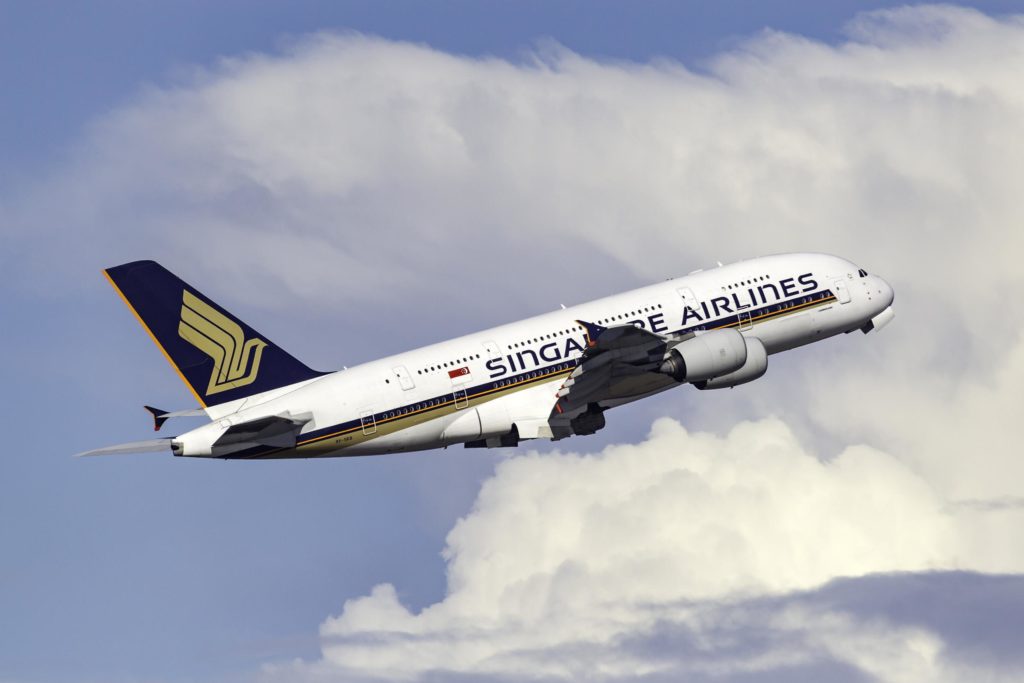 Singapore has been keen to reopen its borders to help bolster an economy that fell into recession in 2020. In July 2020, Singapore Airlines shares fell as low as SGD3.35, the lowest intraday price since 1998.

Singapore Airlines said on Monday it had raised more than SGD2 billion (USGD1.5 billion) through the sale and leaseback of 11 aircraft, as the city-state’s proposed travel bubble with Hong Kong hangs in the balance over new coronavirus cases.

The airline group said it has now raised more than SGD15.4 billion in fresh liquidity since April 1 with SGD8.8 billion from a rights issue, SGD2.1 billion from secured financing, SGD2 billion from the issuance of convertible bonds and notes, and SGD500 million from new committed lines of credit and short-term unsecured loan.

Goh Choon Pong, CEO of Singapore Airlines, said that the additional liquidity from the sale-and-leaseback transactions reinforces SIA’s ability to navigate the impact of the pandemic.

“We will continue to respond nimbly to the evolving market conditions and be ready to capture all possible growth opportunities as we recover from this crisis,” he said.

Singapore Airlines has been hit with border controls and travel restrictions, which caused its traffic in March to fall by 90%.

Although many key markets have started the mass roll-out of vaccinations, the recovery in international travel demand continues to remain depressed.

Singapore has been keen to reopen its borders to help bolster an economy that fell into recession in 2020. The airline’s stock lost nearly half of its value last year. In July 2020 it fell as low as SGD3.35, the lowest intraday price since 1998.

The airline is counting on a travel bubble with Hong Kong due to begin on May 26, a proposal that would allow residents to travel between the two cities without quarantine.

However, on Sunday, the Singapore government acknowledged the bubble could not begin if the threshold of a seven-day moving average of five or fewer unlinked community cases in either city is breached.

Both cities are still witnessing locally transmitted cases, with Hong Kong identifying 129 cases in the 14 days to May 1. On April 22, Singapore reported 12 coronavirus cases at a migrant worker dormitory — the largest number of infections at the facilities in weeks.

In March, the airline shares jumped after the city-state said it was discussing a potential travel bubble with Australia. The south-east Asian country is also discussing mutual recognition of vaccination certificates with Australia and resuming travel by prioritising students and business travellers.

The pandemic has hit Asian airlines badly, especially those that depend on international passengers.

Hong Kong’s Cathay Pacific will slash nearly a quarter of its staff and has closed its regional Cathay Dragon brand as the airline attempts to survive the travel industry chaos brought about by Covid-19.

The city’s de facto flag carrier said the 8,500 jobs it planned to cut included 2,600 that had either already been eliminated or were vacant and would remain unfilled.

SIA to showcase the best of Singapore