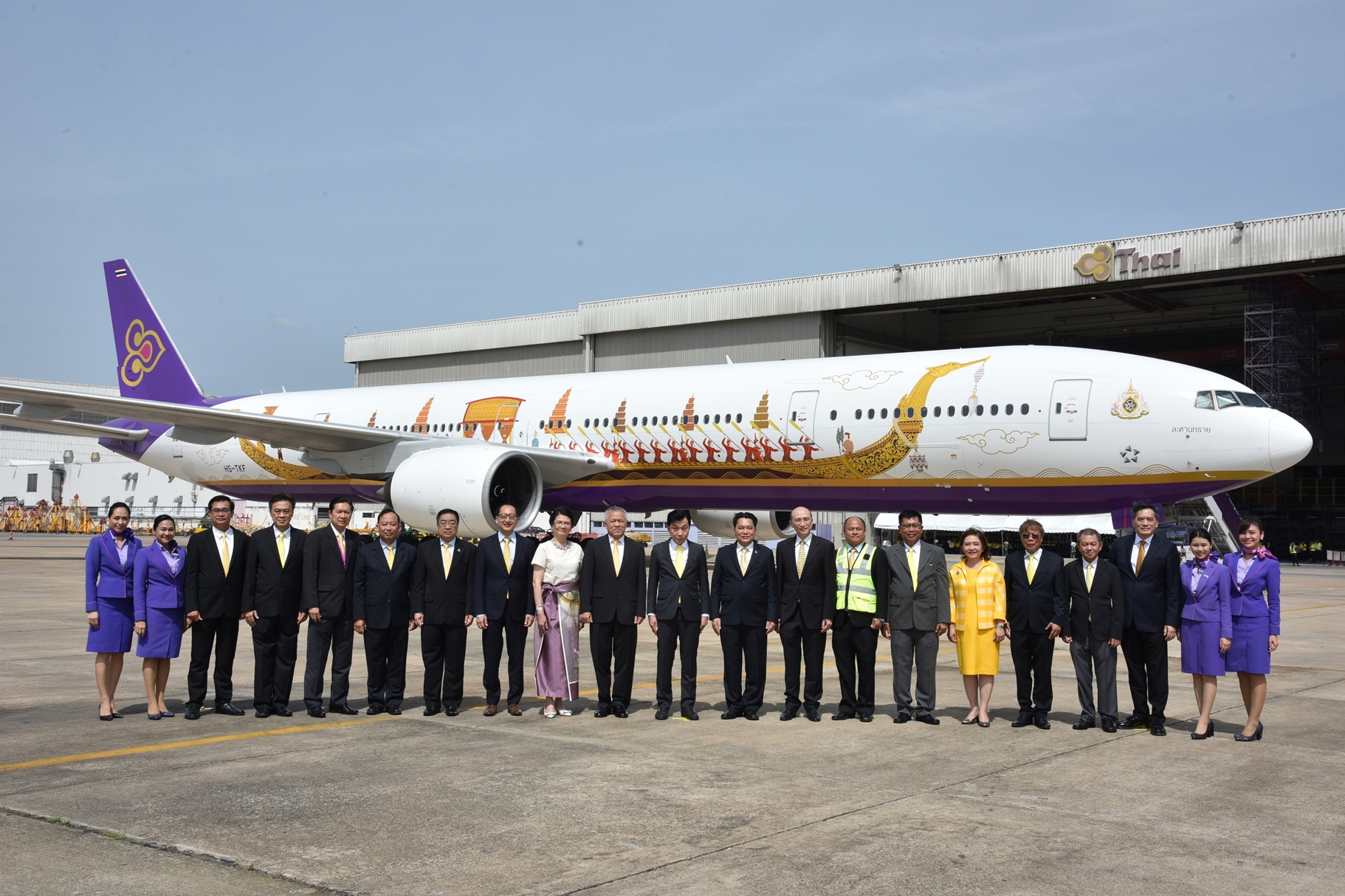 Thai Airways, the national carrier of Thailand, has decked up with the Suphannahong Royal Barge aircraft livery to commemorate the coronation of the King this year.

“The royal coronation ceremony was held on 4 May this year with celebrations continuing until 4 May 2020. THAI, as the national carrier under the Ministry of Transport, has organised activities to commemorate the coronation as an expression of loyalty and honour,” Sumeth Damrongchaitham, president of THAI said. The coronation emblem will appear on THAI aircraft throughout the coronation year, he added.

The airline received permission to paint the Suphannahong Royal Barge aircraft livery on its Boeing 777-300 aircraft, which was royally bestowed the name Lahan Sai.

Aviation round up: Say cheese!