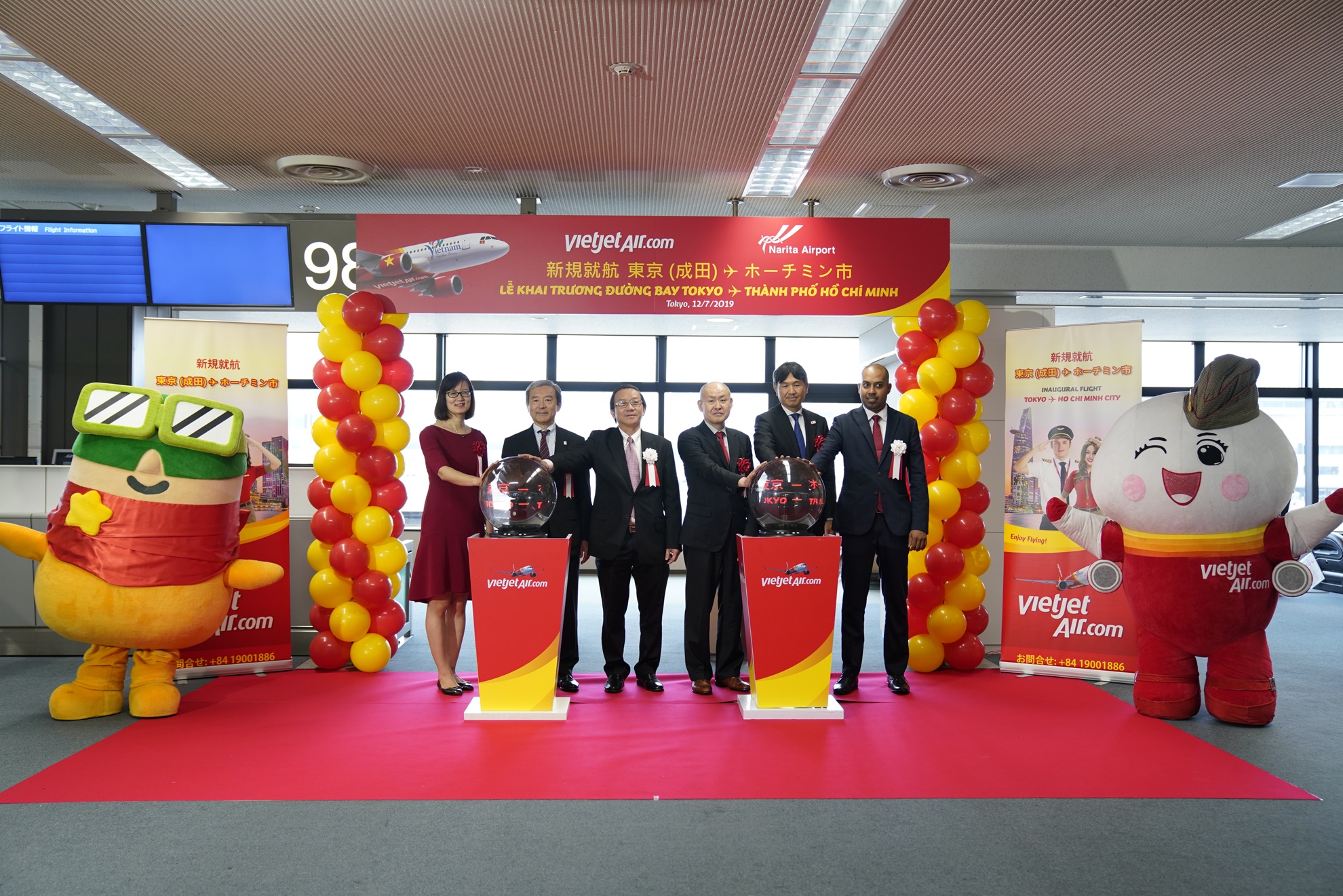 Speaking at the opening ceremony, Do Xuan Quang, vice president of Vietjet said: “The launching of our latest route, Ho Chi Minh City – Tokyo (Narita) means we have now connected the four biggest economic and tourism centres of Japan and Vietnam, namely Tokyo, Osaka, Hanoi and Ho Chi Minh City, allowing us to offer people of the two countries and international travellers even more options for air travel in terms of times, destinations and cost-saving fares.”

Earlier in Tokyo, the airline also announced its fifth route to Japan connecting Da Nang with Tokyo (Haneda), which will operate daily return services from October 30, 2019 with a flight time of approximately five hours and thirty minutes per leg.

Vietjet unveils one million zero-fare tickets for all routes