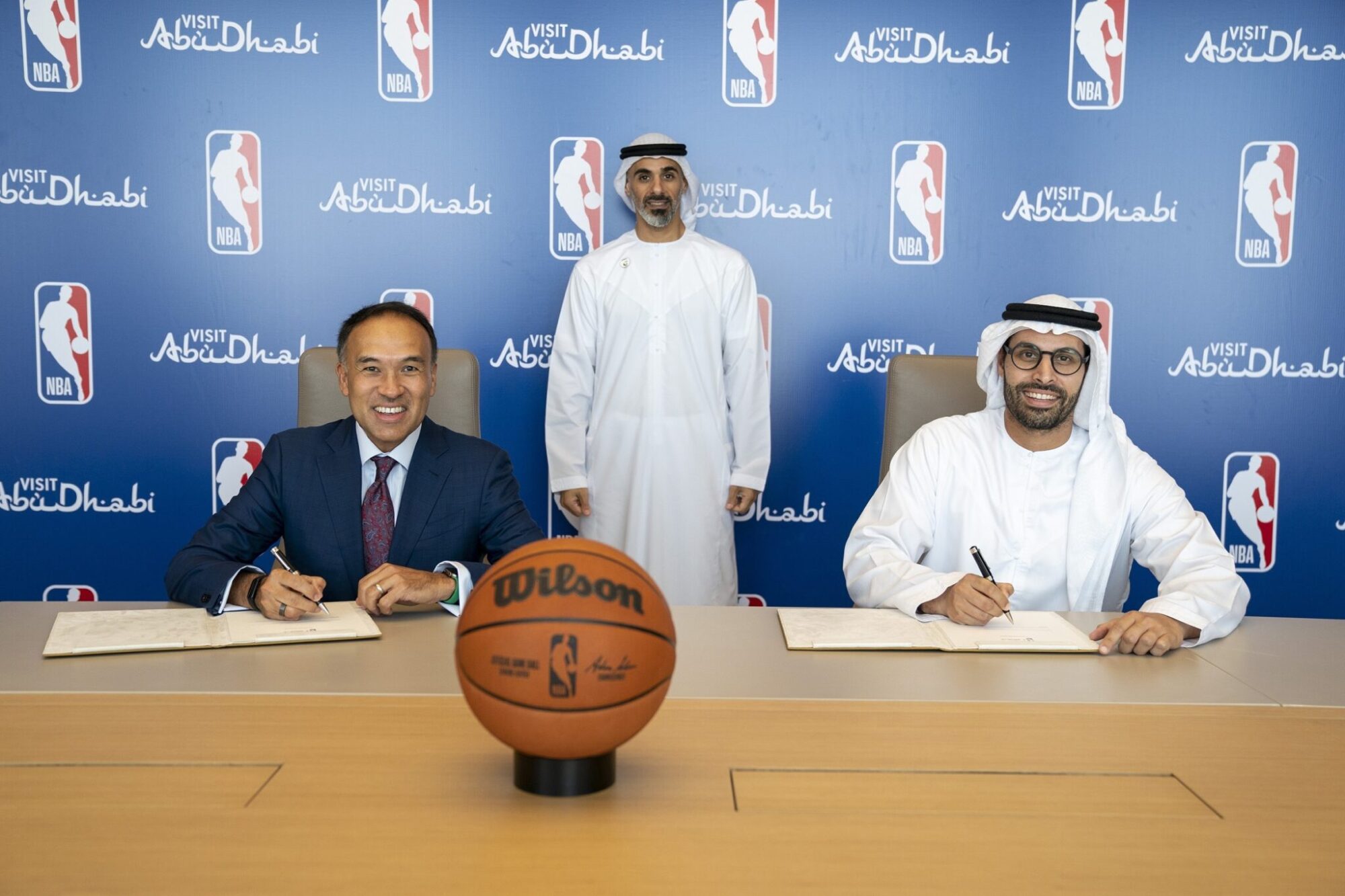 The National Basketball Association (NBA) and the Department of Culture and Tourism – Abu Dhabi (DCT Abu Dhabi) announced a multiyear partnership to host the first NBA games in the United Arab Emirates (UAE). The preseason NBA games in Abu Dhabi beginning in 2022 will mark the first games between two NBA teams in the Arabian Gulf.

The partnership will see DCT Abu Dhabi, under “Visit Abu Dhabi,” the tourism promotion initiative of the UAE’s capital city, serve as the Official Tourism Destination Partner of the NBA in China, Europe, the Middle East and North Africa.

Abu Dhabi will host pre-season NBA games beginning with two games in October 2022. The participating teams and host venue will be announced later. The partnership will also include a variety of interactive fan events featuring appearances by current and former NBA players, the launch of Jr. NBA Leagues for boys and girls at schools across the UAE fostering teamwork and inclusion, a series of NBA Fit Clinics promoting health and wellness, and an NBA 2K League exhibition event.

During the 2021-22 NBA season, NBA games and programming will reach fans in 11 countries across the Middle East.