Another way to witness the amazing sights in the UK is through the country’s trains that traverse the land giving the passengers front row seats to nature’s wonders.

The magnificent seven was put together by Boundless, the events and experiences club for public sector workers, which also named Britain’s 50 Greatest Drives earlier this year.

Railways expert and author Anthony Lambert, who has contributed to 20 books on the subject and travelled by rail in 55 countries, was brought in to help judge the winners.

Scotland’s The Jacobite service from Fort William to Mallaig is described as ‘the greatest railway journey in the world’ by operators West Coast Railways – and it took first place in the UK thanks to dramatic Highland scenery and wonderful service.

The Bluebell Railway in Sussex, famous for its springtime views and dining experiences, came out top in England – and the Ffestiniog and Welsh Highland Railways, renowned for stunning Snowdonia landscapes, was number one in Wales.

Here is the full whistle-stop tour of the UK’s best steam train experiences: 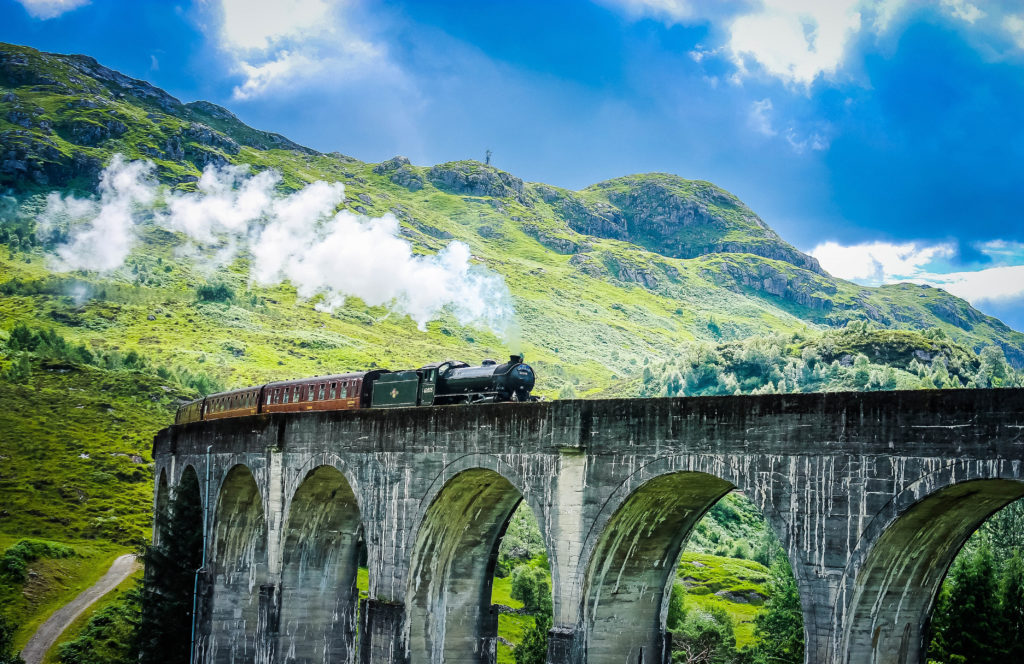 Rated top in the UK, the West Highland Line from Fort William to Mallaig in Scotland is one of the world’s great railway journeys, and steam power has been a feature of the line since 1984. Dramatic landscapes fill the window for every minute of the journey (tunnels apart), running beside freshwater and sea lochs with the islands of Muck, Eigg and Rum in the distance. In the sunshine, the shallow waters can be translucent emerald green.

The graceful curve of the pioneering concrete viaduct at Glenfinnan featured in Harry Potter films, and the House of Stuart’s last throw of the dice is recalled by the Jacobite monument at the head of Loch Shiel.

WHERE TO BOARD/ALIGHT: Fort William

HOW TO GET THERE: Trains or A82 from Glasgow

Ranked top in England, the Bluebell Railway is Britain’s oldest preserved standard-gauge railway. It is deservedly well known for its historic carriage and enchanting stations, redolent of another age.

Each station is restored to a different period: Sheffield Park to the 1880s; the country junction of Horsted Keynes with its refreshment room to the 1920s; Kingscote to the 1950s. As the railway’s name suggests, the Sussex woodlands bordering the line are at their best in spring, a mass of deep blue among the trees.

Among the railway’s historic carriages are two 1920s Pullman cars, which form part of the Golden Arrow Pullman dining train on Saturday evening and for Sunday lunch. Among many other culinary treats are evening jazz trains with sausage and mash and real ale.

HOW TO GET THERE: Trains to East Grinstead; leave M23 at junction 10

WHEN: Almost daily until 3 November 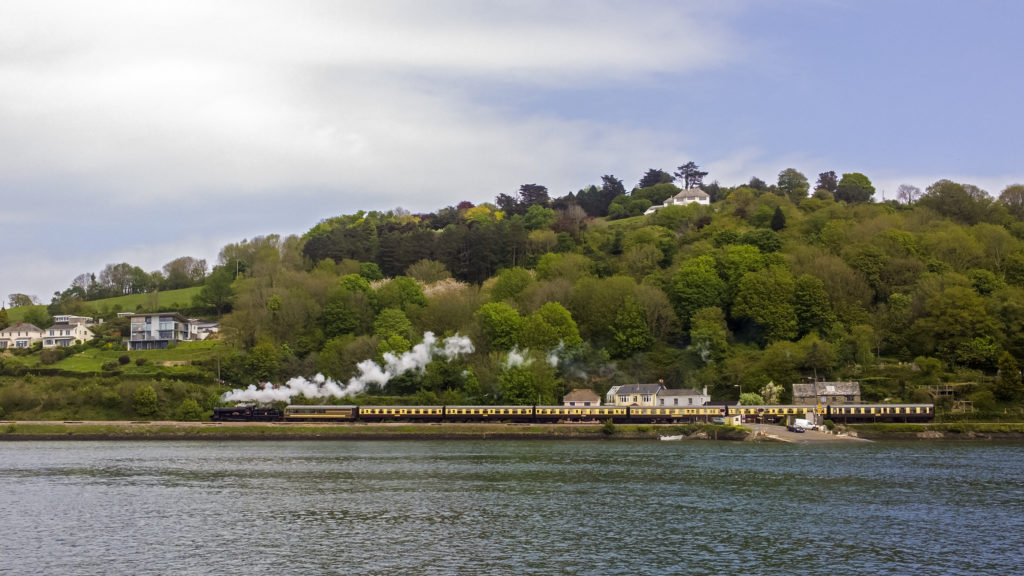 Few of the many West Country branch lines offered such glorious views over the sea as the line taken by the once all-Pullman Torbay Express to Torquay, Paignton and Kingswear. Today, the steam railway links Paignton and Kingswear, on the opposite side of the Dart Estuary from Dartmouth. No wonder it’s ranked best for sea views.

Leaving Paignton, the Brunswick green locomotives and their train of chocolate and cream carriages climb into the hills with a panorama to the east over Torbay before turning inland at Broad Sands, then dropping down past the back of Agatha Christie’s holiday home at Greenway and finally descending to the Dart Estuary.

WHERE TO BOARD/ALIGHT: Paignton, Kingswear

WHEN: Daily until 2 November

Mainline steam trains have been a feature of the ‘big railway’ since 1971, often combined with one or more meals at a table of white napery, silver and glass – a pleasure that has all but disappeared from daily trains.

One of the main operators is Vintage Trains, using a fleet of steam locomotives based at its Birmingham engineering works and depot. The programme of day excursions includes the Welsh Marches via Gloucester, the Severn Estuary and Hereford with a break to explore the cathedral city.

Meanwhile, the scenic North Warwickshire line is set to become Britain’s premier mainline heritage railway following a unique agreement to develop the historic and architectural features of its stations. Another regular train is the evening 3½-hour run through the Worcestershire countryside to the county town with a four-course dinner en route.

JOURNEY TIME: From 1¼ hours each way

HOW TO GET THERE: Trains to Birmingham; leave the M6 at junction 6 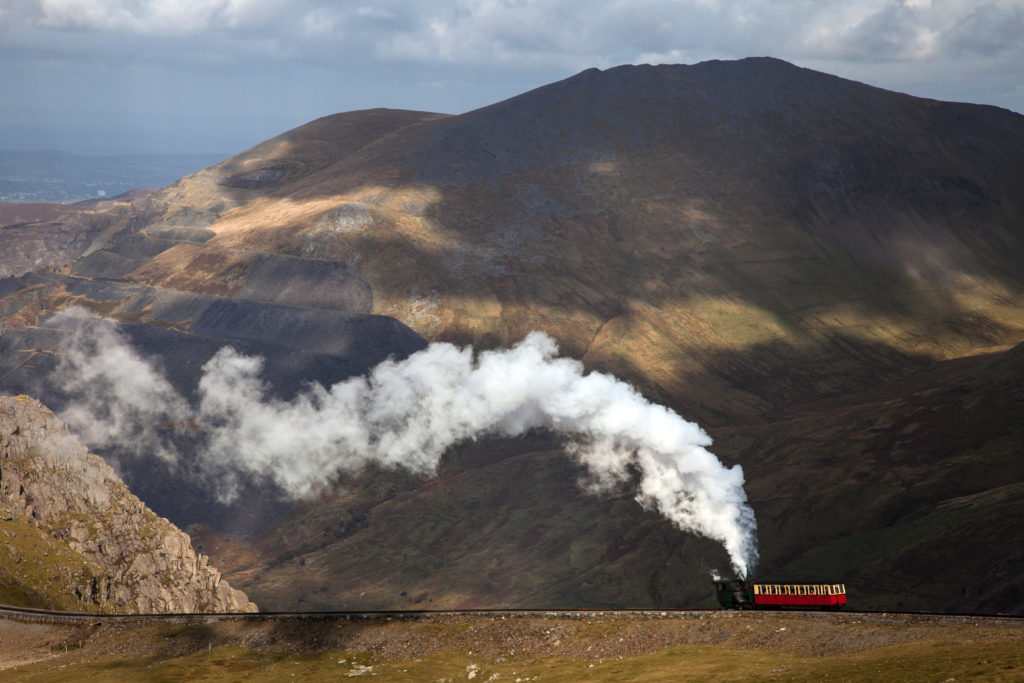 Ranked top in Wales, these two narrow-gauge railways join at seaside Porthmadog and provide unrivalled ways to enjoy the dramatic landscapes of Snowdonia – or reach the innumerable walks through its valleys and up Snowdon.

Railway engineers from all over the world visited Ffestiniog – the world’s oldest narrow-gauge railway – in 1870 to assess the trials of a pioneering Fairlie articulated locomotive, and it’s usually a Fairlie that hauls trains along the twisting climbs today. The even steeper gradients and sharp curves on the Welsh Highland call for hefty Beyer Garratt articulated locomotives repatriated from South Africa. 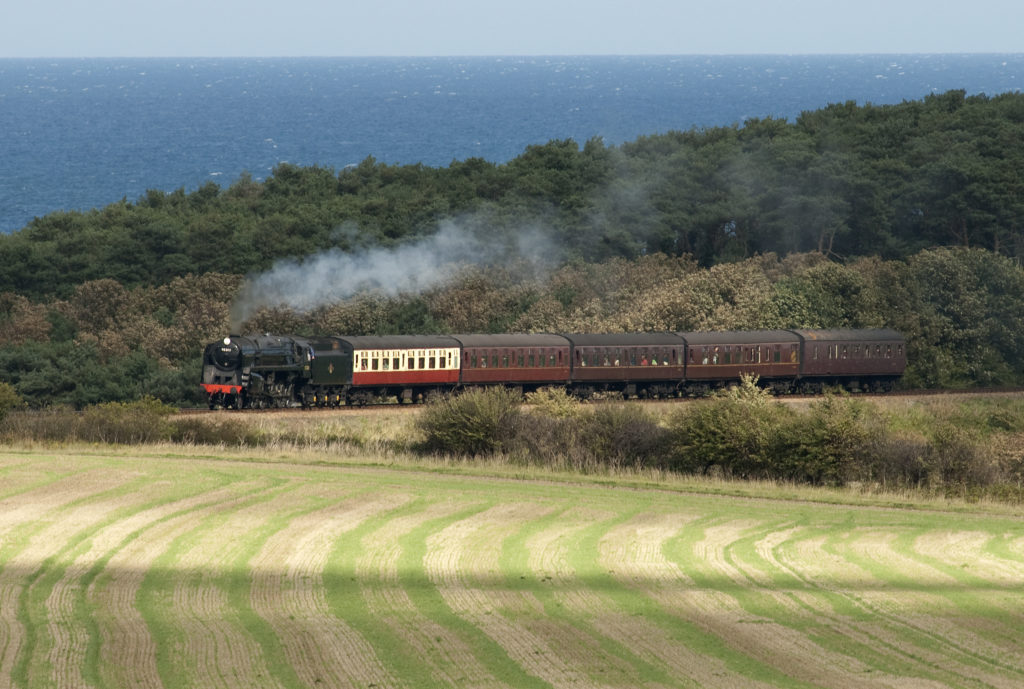 Marketed as the Poppy Line, this railway was once part of a cross-country line that ambled across Norfolk. The railway climbs from its principal station at seaside Sheringham into the low hills that form part of Sheringham Park, landscaped by Humphry Repton, who thought it had ‘more natural beauty and local advantages’ than any place he had ever seen. A nature trail leads to Kelling Heath from Weybourne station, and the market town of Holt is a half-hour walk from its station. Among various culinary excursion trains is the appropriately named North Norfolk Fryer, which serves fish and chips followed by ice-cream.

WHERE TO BOARD/ALIGHT: Sheringham, Holt

HOW TO GET THERE: Train to Sheringham; A148 from King’s Lynn, A140 from Norwich

WHEN: Daily until 3 November 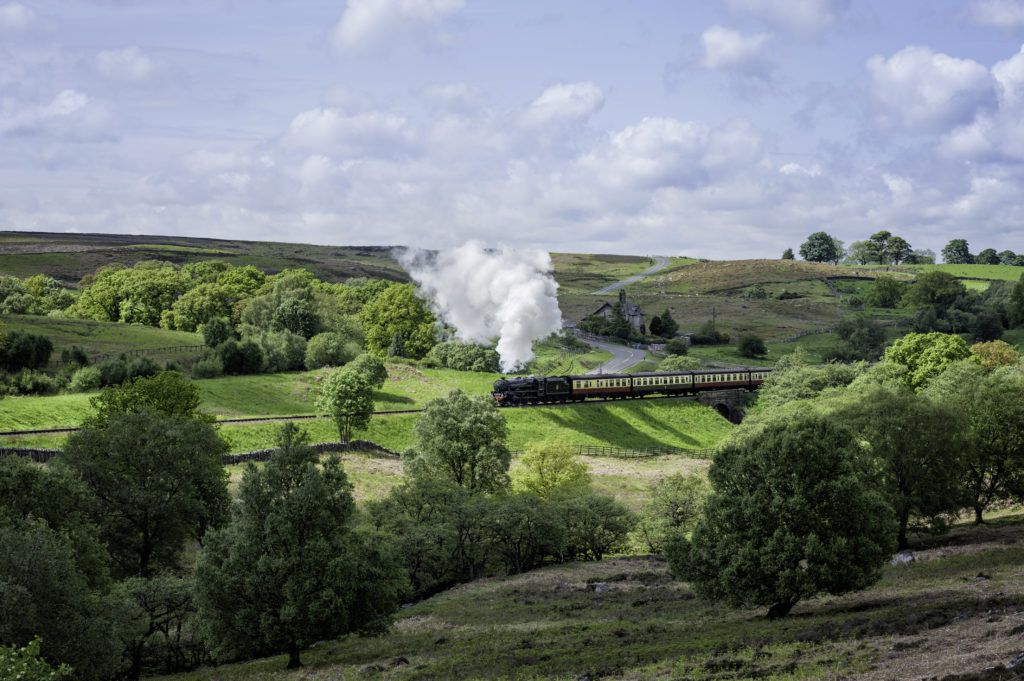 Running for much of its length through the North York Moors National Park, this 18-mile line from Pickering to Whitby carries more passengers than any other heritage railway.  The stations have been restored with care and imagination – at Pickering, there’s a well-designed exhibition about the line’s history and construction by George Stephenson.

Aside from the forest and moorland walks from intermediate stations, Whitby is packed with history and architectural delights, and Pickering’s 13th-century castle is close to the station. A programme of Pullman lunch, tea and dinner trains uses the railway’s four 1960s-built Pullman cars.

WHERE TO BOARD/ALIGHT: Pickering, Grosmont, Whitby

WHEN: Daily until 3 November