Podcast: Worming your way through The Big Apple

Worming your way through The Big Apple

Let’s not beat around the bush – New York is the most exciting city that I have ever visited.

I’ve visited many cities, but nothing tops New York for the vibe that you get just being there. 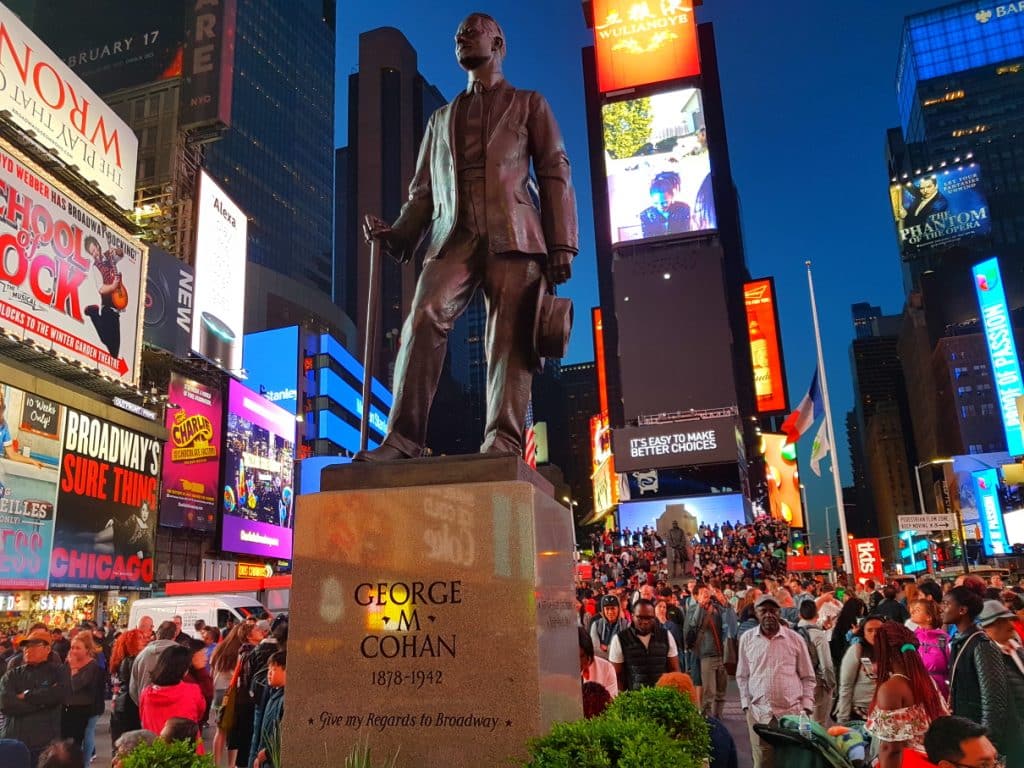 My arrival was by train, straight into Pennsylvania Station in the heart of Midtown Manhattan. It’s a very busy station and BOOM! As soon as you leave the platform you are amid the hustle and bustle that is New York.

Exit Penn Station and you’re at the bottom of a canyon. Like most canyons, there’s a slow moving river, but his one consists of yellow NY cabs which swarm their way down congested streets. Thousands of cabs!  The canyon walls are skyscrapers which soar high above you, like termite mounds with windows.

New York has a tingling vibe. It’s exciting just being there, and I found that the best thing to do is to just go with the flow.

Chances are, that in New York, your best and long-planned travel itinerary is just going to go awry. Things happen in New York, stuff you don’t expect to see.

For instance, I headed down to East Village on the subway for an appointment. It was a Saturday, and Broadway was closed to traffic for a dance parade. Dozens of New York dance groups were sashaying up Broadway to celebrate the art of dance. It was a fascinating diversion, and I truly admired the way the members of the Taiwanese Salsa Dance Club performed their sensuous moves.

New York is the perfect city for just sitting and observing.

I was sitting in Heald Square, just opposite Macy’s, minding my own business. The streets of New York are filled with vendors of every kind. Most sell food, but others sell souvenirs and the essentials of life, such as sunglasses. There were several vendors operating outside Macy’s, one of whom was selling kebabs.  He was just going about his business, when another vendor turned up and started an argument about territory.  I don’t know the full story, but the interloper used his cart to ram the incumbents cart in order to move it, so the great food cart ramathon began. It was a terrific thing to watch, but my money was on the go who had been there because, in my view, he had every right to be to occupy that spot.

Of course, Times Square is a place where people just sit and stare at others.

It’s not as big as I imagined it to be, but tourists just seem to like to hang out there. You’ve got to visit, but really only to gawk at all the street performers who dress as super heroes to make money by being photographed with people.

Times Square is also where the touts hang out.

Heaps of them, selling double-decker bus tours, or tickets to comedy shows. I was in New York to perform comedy, so didn’t need to purchase show tickets. I did do a double-decker bus tour, and thought it to be poor value.  You spend a lot of time sitting in traffic, and I found the subway to be more efficient for getting around when you needed a long journey.

One of my most endearing memories is of visiting the 9/11 Memorial and Museum on the site of the former World Trade Centre.

They have done a magnificent job of honouring those who lost their lives in the 9/11 attacks on the World Trade Centre. The scale of the memorial is immense, yet heartening and within those great spaces you feel the intimacy of the occasion. Outside, New York is a cacophony of sounds and mashing of human interaction. Inside the 9/11 Memorial and Museum it is quiet and contemplative. Sad and, occasionally horrific.

As fabulous as New York is, my visit to the 9/11 Memorial and Museum left the biggest impression on me.  The reason being that it reminded me that New Yorkers are one of a kind.  Outwardly, they appear to be brash. You can tell the New Yorkers because they walk the streets with a purpose. The attack on the World Trade Centre was the worst thing that has happened to New York, yet the response of its citizens was heroic, with hundreds responding, with no thought of their personal danger, simply to try to help their fellow New Yorkers.  This terrible event proved that New Yorkers have soul, courage and concern. 9/11 defines all that is magnificent about the citizens of this fabulous city.