Travelling to Kyushu? 3 must-visit beaches in the prefecture

Japan’s international travel is still closed and the country is banking on domestic tourism. One of the go-to destinations for the summer is Kyushu prefecture.

Kyushu, the southwesternmost of Japan’s main islands, has a mostly subtropical climate. It’s known for its active volcanoes, beaches and natural hot springs such as those at Beppu. See our pick of the top three must-visit beaches in Kyushu below: 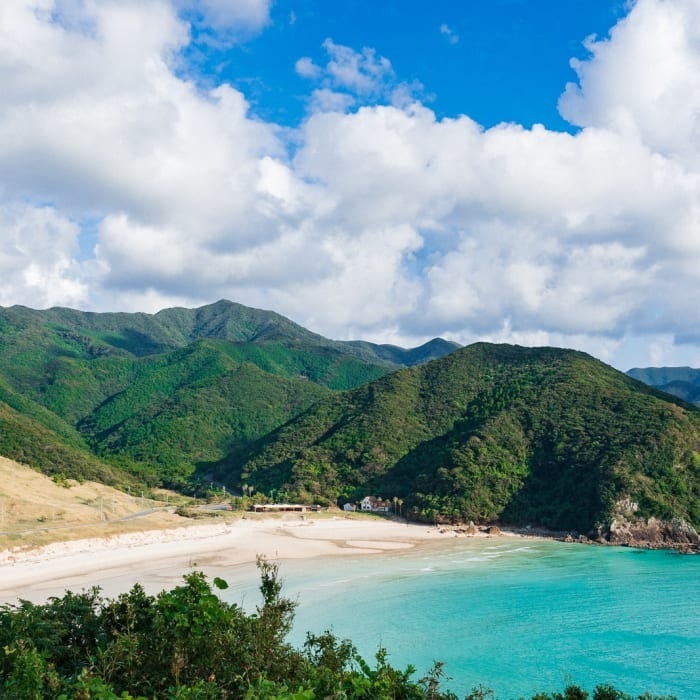 Takahama has been selected as part of Japan’s 100 Most Beautiful Beaches and we can see why. Boasting a backdrop of luscious green mountains surrounding the sandy beach and with seawater features creating a beautiful gradation of colours going from light blue to blue to indigo this is not one to miss. In addition to being placed as one of the top 100 Most Beautiful Beaches in Japan, this beach also takes its place in Japan’s 100 Best Beaches for Swimming perfect for those looking for a quick dip.

Behind the beach, guests can enjoy its floral nature and view wild crinum and hibiscus flowers. On the other side of the calm sea, visitors can see Gunkanjima, a World Cultural Heritage site made famous by the James Bond film Skyfall, as the home and headquarters of one of the franchise’s most sinister villains, Raoul Silva, played by the eponymous Javier Bardem. It is currently unmanned, but at its peak, about 5,300 people lived on this submarine coal mine island. 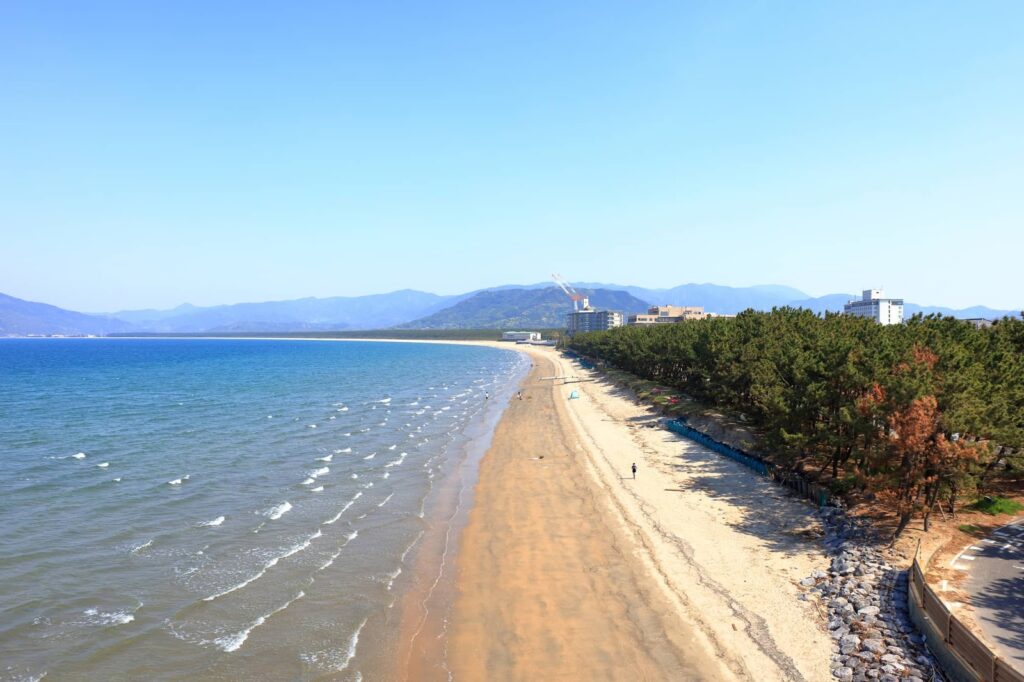 Saga prefecture prides itself on being blessed with spectacular nature spots, that are rich in culture, history and resources. Life in Saga is far more relaxed compared to the lifestyle of those on the main island. The main beach in Saga is Karatsu beach, Karatsu is a quiet resort area with long white sand beaches and calm seas. From the beach visitors can see what looks like a mountain but is actually an island called Takashima. Takashima is well known for its Houtou Shrine known for its good luck with lotteries and is easily accessible by boat from Karatsu Jyoka. Niji no Matsubara is a five kilometre long stretch of about a million pine trees planted along Karatsu Bay, just outside of the city centre.

Dating back to the Edo Period when the trees were planted as a natural seawall, it is one of Japan’s top three pine groves. The long sand beach lies between the trees and the sea, and a road leads through the grove. For those who want to explore further can visit an observation deck located at 284 meters high on Mount Kagami and enjoy a spectacular panoramic view of the town, forest, beach, and sea. On clear days visitors can see Tsushima Islands from here. 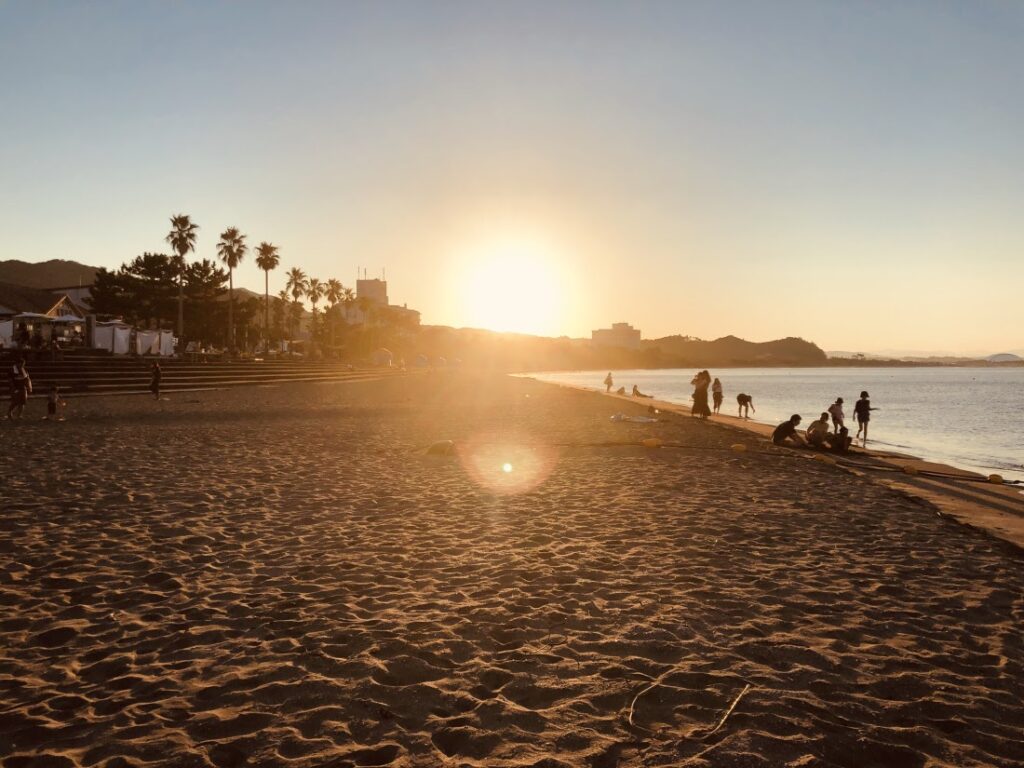 Aoshima Island is a small, beautiful island located just off of the coast of the resort beaches south of Miyazaki City. Visitors can get to the island by a bridge that is connected to the mainland. This island is ringed by gorgeous white beaches surrounding a subtropical jungle at the island’s center. Visitors can enjoy a peaceful 1.5 kilometer walk around Aoshima’s beaches. The shallow water around the island has a geological phenomenon known as Oni no Sentakuita, or devil’s washboard. Visible at low tide, these perfectly natural straight rows of basalt rock look as if they must be the remnants of something man made.