Two thirds of travellers prefer fellow nationals over anyone else 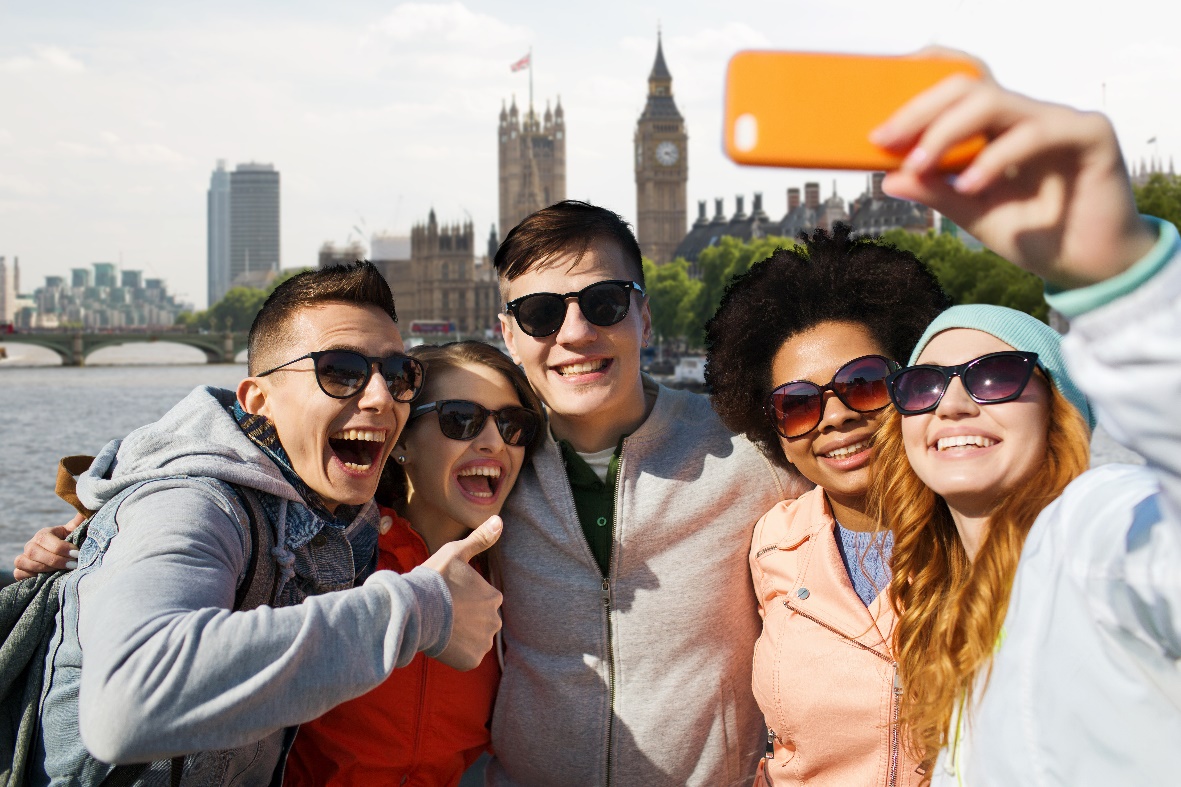 Following a recent study,  by online travel agent Agoda, it has been discovered that, in a majority of countries surveyed, citizens prefer the company of their compatriots on holiday.

More than one in five Japanese and Australians would choose to meet their own citizens over other nationalities while on vacation. But they are not alone; the Agoda ‘Favourite Nationalities to Encounter’ survey, reveals that travellers from seven out of the 11 countries surveyed would most like to encounter their own country-people on holiday.

Bucking this trend are travellers from Indonesia with only 7% of travellers keen to meet Indonesians when travelling, along with UAE travellers on 10%.

American travellers are the single most popular nationality to meet, with Agoda’s survey revealing Americans ranking in the top three countries for eight out of the 11 surveyed.  This appeal for meeting Americans travellers stretches across the continents, as it is seen on the list for travellers in Australia, China, Indonesia, Japan, Kingdom of Saudi Arabia, USA, UK, and Vietnam.

Despite Brexit, the Brits are the top country to favour meeting European travellers (45%), followed by Chinese, Australian and US travellers. 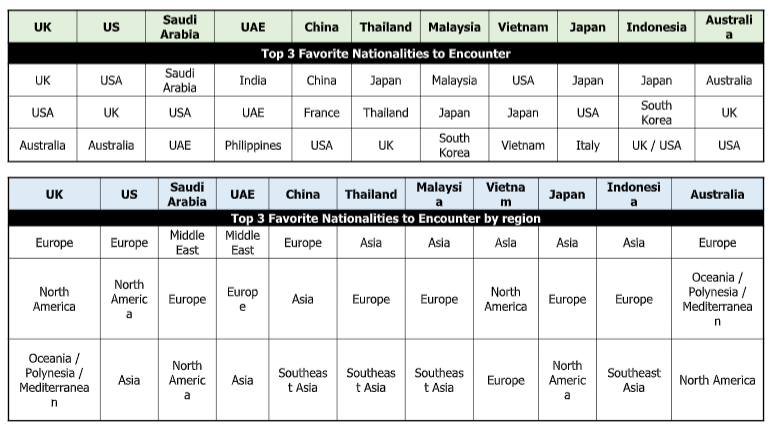 Survey results also show that K-Culture has a special place in the hearts of travellers from Indonesia and Malaysia — with South Koreans ranking second and third place respectively, in their top three list of nationalities they would most like to come across.

When broken down by region, research findings showed that travellers from the 11 countries overwhelmingly prefer to encounter people from the West while they’re on holiday, with all countries placing Europe within their top three list, and North America being placed in six — USA, UK, Saudi Arabia, Vietnam, Japan and Australia.

Respondents from Asia also have a keen preference to look out for other Asians while abroad, as compared to those from USA, UK, Saudi Arabia and Australia. Meanwhile, those from China, Thailand, Malaysia and Indonesia rank Southeast Asians as third among those they’d like to see while travelling.

Thais gear up to flock the beaches this Songkran holiday