Virgin Hotels’ first property outside the US comes to Edinburgh 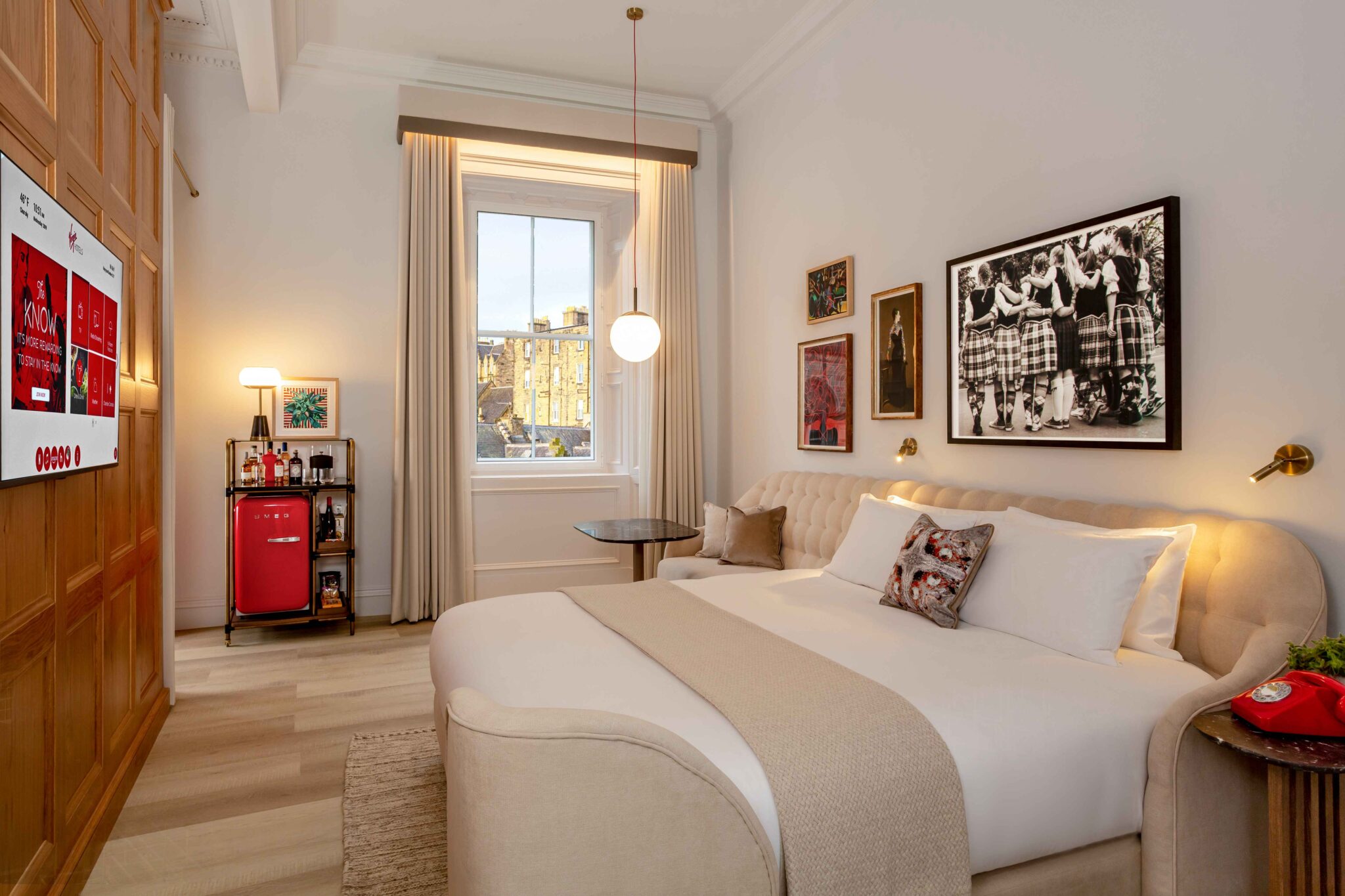 Situated in the landmark India Buildings in Edinburgh’s Old Town, a stone’s throw from Edinburgh Castle, the hotel features 222 Chambers and Grand Chamber Suites and multiple dining and drinking outlets, all with their own unique space and distinct design. This includes Commons Club, Virgin Hotels’ flagship restaurant and bar that acts as a modern day social club; and Eve, a vibrant, all-day dining space, offering a progressive approach to late night entertainment in Edinburgh.

The hotel site is also home to a 19th century church, now known as Greyfriars Hall, that has been beautifully restored and repurposed as a special event venue.  In addition, the hotel offers a rooftop sanctuary with unobstructed Edinburgh Castle views.

Bright and airy with warm textiles and locally sourced furnishings, the Chambers are a welcoming space to relax after a day exploring the city, featuring Virgin Hotels’ signature layout with two distinct spaces. The Dressing Room includes a full vanity, closet space big enough for two, makeup desk with a well-lit mirror, an extra-large shower with a built-in bench and toiletries by Arran of Scotland. A sliding door or drapery separates it from The Lounge, which features Virgin Hotels’ patented ergonomically designed bed with a tufted headboard, a red SMEG mini-fridge generously stocked with a curated selection of local products, television and ample outlets for smartphones, laptops, or other devices.

The hotel worked with Visto Artwork to curate the art throughout the hotel which includes numerous artworks created by local artists alongside works inspired by the unique character of Scotland and the Scots. The history of the location played a key role in developing the pieces, intertwining the heritage of the building with the contemporary character of the hotel design. Illuminating the walls and ceilings throughout Eve, guests will find ‘Mary in Space’ by Studio Giftig, inspired by Mary, Queen of Scots, a cultural icon who also lived for some time in Edinburgh Castle. Wearing modern clothing, Mary makes for an interesting image as past, present and future worlds are imagined to collide.

James Bermingham, Chief Executive Officer of Virgin Hotels said: “Edinburgh is such an iconic city and we’re thrilled it will be the home of the first Virgin Hotels in the UK and across Europe. Through dynamic contextual design and neighbourhood-centric influences the new hotel will be a cultural city hub, with a design that sustains the building’s heritage while adding a vibrant, new style to the area.”